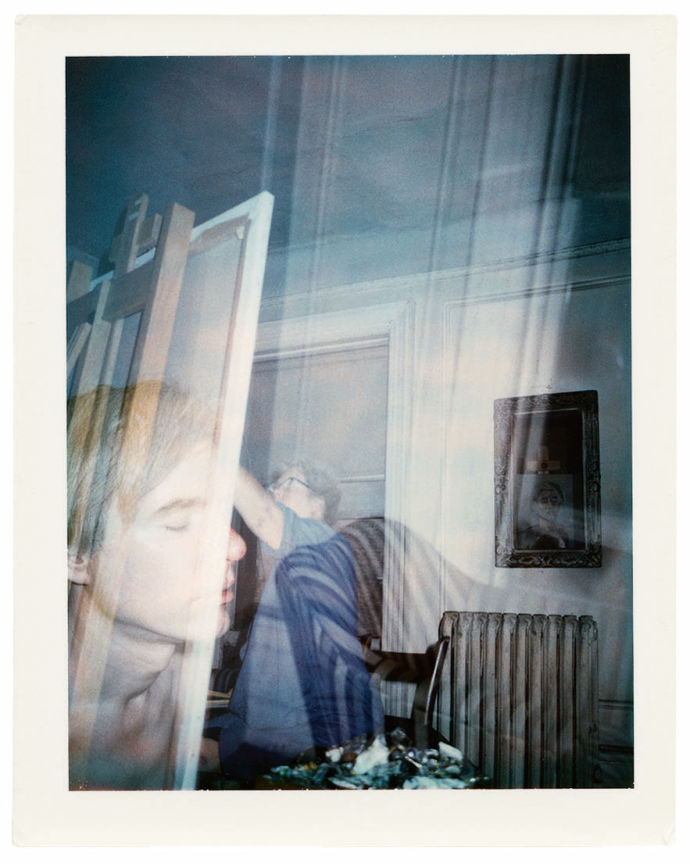 The Warhol superstar Brigid Berlin was a lapsed Fifth Avenue debutante, an amphetamine-loving wild child, the biggest and most proudly exhibitionist member of the Warhol clan, and also Andy’s loyal best friend and muse. In rebellion against her blue-blooded Republican parents (her father ran the Hearst Corporation), she married a window dresser at the age of twenty-one and later escaped into the underground art scene, where she worked as a receptionist at the Factory and appeared in Warhol films like “Chelsea Girls,” in which she lived up to her nickname, Brigid Polk, by self-administering an injection of speed. She also, throughout the nineteen-sixties and seventies, used a tape recorder and her only camera, a Polaroid 360, to obsessively document life in the Warhol social circle. Her collection of sloppy, deadpan snapshots—including Nico and Lou Reed, Viva and Candy Darling, Roy Lichtenstein and Dennis Hopper, and many antic self-portraits, often featuring Berlin half nude—accrue with the casual relentlessness of an analogue social-media stream.

Now in her seventies and living in the Gramercy apartment she’s occupied for thirty years, Berlin recently digitized her extensive archive and, in November, will publish a book of Brigid Berlin in Polaroids through Reel Art Press. (A selection of images is also currently on display at the Lower East Side gallery Invisible-Exports.) Berlin is clear that she never considered herself an artist per se, or even much of an art appreciator; Factory lore has it that when Warhol offered her a painting as a gift, she rejected it, saying she’d prefer a washing machine. “No picture ever mattered,” she’s said. “There was never any subject that I was after. It was clicking it and pulling it out that I loved.” But her photographs, like the dreamy double exposures featured above, capture a visual wit, free-wheeling inventiveness, and methodical self-documentation that betray a prodigious creative spirit. In an introduction to the new book, Bob Colacello, the former editor of Interview, writes, “Brigid’s need to rebel has always been matched by her need to document her rebelliousness, and the overlapping of these two compulsions is what gives her work meaning beyond its curiosity value. In recording life, she captured our times.”