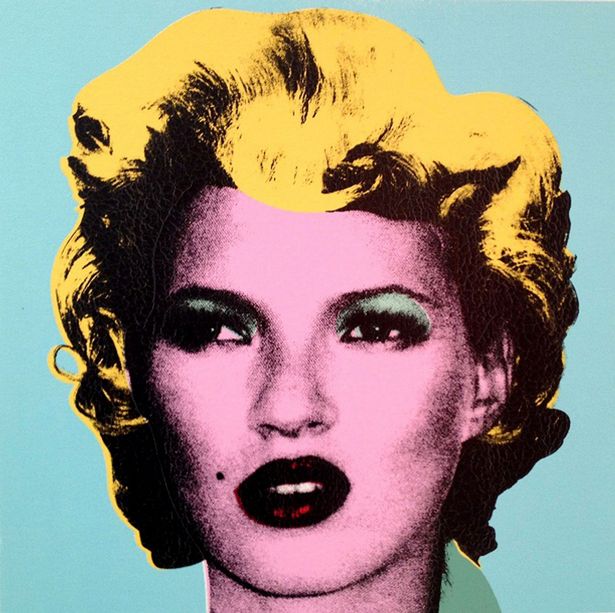 More than 120 paintings, prints and sculptures by the British graffiti artist Banksy are set to go on display in Rome in the biggest ever exhibition of his work.

The controversial artist’s work, leased from international private collectors, will be exhibited at the Palazzo Cipolla museum in Italy’s capital from May 24 to September 4.

The display has been curated by Stefano Antonelli, Francesca Mezzano and Acoris Andipa and aims to examine how Banksy explores social and political events through his artwork.

His Kate Moss Collection was based on Warhol’s iconic Marilyn Series, with original prints fetching tens of thousands of pounds at auction.

Art dealer Mr. Andipa said: “This is the largest collection of work by the artist known as Banksy, a corpus of over 120 works including sculptures, stencils, and other artistic expressions, all strictly from private collectors and, therefore, absolutely not removed from the street.

“The work critically examines contemporary issues of war, consumerism and politics, and this is the first time a major collection of artwork by the artist, now considered the world’s best street artist, has been curated from private international collectors by an independent and important museum.”

Although this exhibition has no endorsement from the artist himself, Banksy has frequently curated his own shows and performances, starting with a exhibition in 2000 at the Severn Shed in Bristol.

The anonymous artist also created a documentary, Exit Through The Gift Shop, in 2010, and in 2013 set up a street stall in New York selling cut-price canvases to passers-by.

Mr Antonelli said: “On the threshold of a world living in deep transformations, this exhibition analyses the progress of iconography and fundamental expressions of our civilisation, through the work of the most controversial and popular contemporary artist and activist: an anonymous British artist who calls himself Banksy.

“Since the 1990s, the artist known as Banksy has used public space to express and exhibit his work, freeing the potential of graffiti and laying down a new blueprint for street art.

“Advances in internet technologies and image-sharing platforms have consecrated him as an idol for a new generation which has given him a worldwide fame.

“In the history of Western art, no other artist has managed to bring themes of this magnitude to the attention of a global audience.”