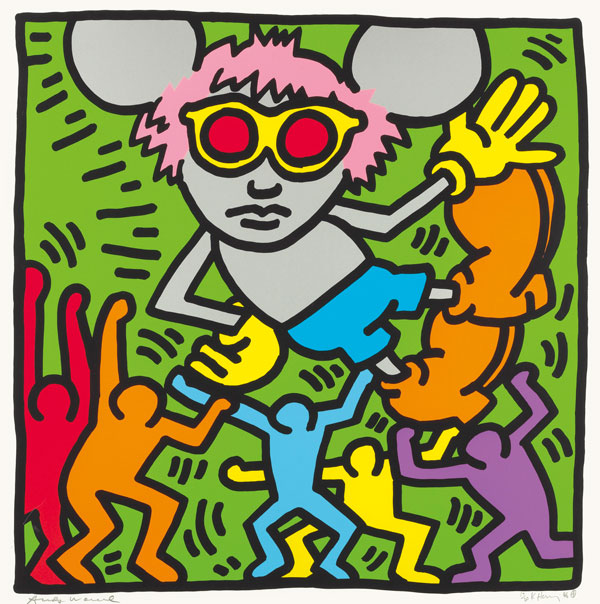 In celebration of the upcoming Prints & Multiples sale, and its leading lot, Keith Haring’s Andy Mouse—a droll depiction of Andy Warhol as Mickey Mouse—we have selected a series of quotes from both artists that reveal their fascination with the Disney icon. In addition, International Head of Prints and Multiples, Richard Lloyd explains the significance of this seminal work.
The Artists on Disney and Mickey Mouse

‘The Mickey Mouse figure came out of drawing Mickey Mouse a lot when I was little. I’ve appreciated this anew because the drawings I’m doing now have more to do with what I drew in high school than with anything I did in art school. I did it partly because I could draw it so well and partly because it’s such a loaded image. It’s ultimately a symbol of America more than anything else.’
–Keith Haring from Haring, Warhol, Disney

‘They [Walt Disney film crew] asked me who my favorite Disney character was and I said, “Minnie Mouse, because she can get me close to Mickey.”
–Andy Warhol from The Andy Warhol Diaries

‘I’ve always wanted to work for Walt Disney. That’s what I thought I was going to do when I grew up.’
–Haring from “New Again: Keith Haring,” in Interview Magazine, December 1984

‘I said I wanted to be Walt Disney and that if I’d had this machine [Xerox machines] ten years ago, I could have made it.’
–Warhol from The Andy Warhol Diaries

‘It’s like treating him [Warhol] like he was part of American culture, like Mickey Mouse was. That he himself had become a symbol, a sign for something complete, universally understandable. He sort of made this niche for himself in the culture. As much as Mickey Mouse had…putting him on a dollar bill was just making him even more like an icon or part of the American dream.’
–Haring from Haring, Warhol, Disney

‘You see, whatever I’ve done would not have been possible without Andy. Had Andy not broken the concept of what art is supposed to be, I just wouldn’t have been able to exist.’
–Haring from Keith Haring: The Authorized Biography

‘The weirdest thing to me is to see his [Warhol’s] insecurity. It was all ridiculous, because he had nothing to be insecure about; this was after he’d already safely carved himself a permanent notch in our history, probably the most important notch since Picasso.’
–Haring from “Keith Haring: Just Say Know,” in Rolling Stone, August 1989 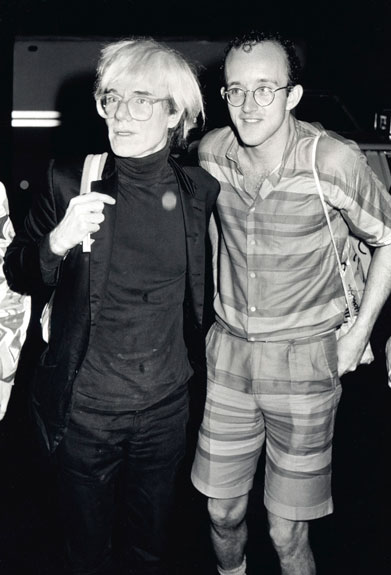