Home Scoop Art of the Rolling Stones: Behind That Zipper and That Tongue 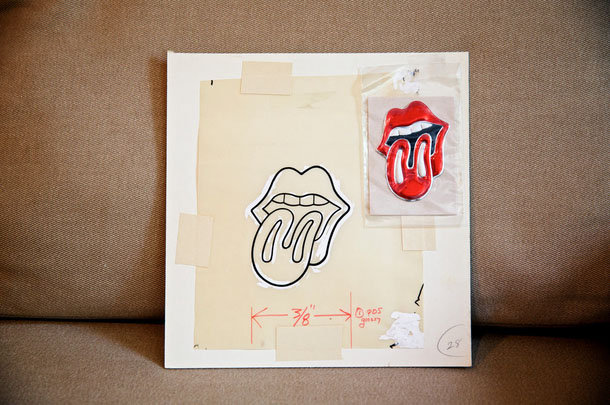 As the Rolling Stones prepared recently to rerelease “Sticky Fingers,” their classic 1971 album featuring hits like “Wild Horses” and “Brown Sugar,” the manufacturing process hit a snag: The functional zipper from Andy Warhol’s bulging blue jean album cover, recreated for some new deluxe editions, was taking longer than expected to produce, Universal Music announced, pushing back the release to Tuesday.

As the owner and creative director of the Sound Packaging Corporation, Mr. Braun became known in the ’60s and ’70s as the go-to inventor of elaborate album covers, making his name with projects like the peelable banana on the cover of 1967’s “The Velvet Underground & Nico,” another over-the-top phallic concept by Mr. Warhol.

Now, with the Stones’ revisiting “Sticky Fingers” on the aptly named “ZIP Code” tour, which takes them across North America through July 15, Mr. Braun is eager to share the story behind what VH1 called the best album cover ever. “Sticky Fingers” also included the debut of the Stones’ iconic lips and tongue logo, another piece of rock history with a tangled origin story — once again involving Mr. Braun.

“This album heralded an age of really imaginative and provocative packaging,” said the rock critic Richard Harrington, who is working on a book about controversial album art. “It also introduced the greatest band logo of all time.”

After “Let It Bleed” in 1969, the Stones split with their original label, Decca Records, and started their own, Rolling Stones Records. For the label’s first release, the band planned to pair edgy songs like “Can’t You Hear Me Knocking” and “Sister Morphine” with an alluring visual statement. “They were the bad boys of rock ’n’ roll, expressing anger, lust and sex,” said Mr. Braun, now 75 and working as an actor.

While Mr. Braun and his team experimented with other playful concepts — including the oversize Bambu rolling paper cover later used by Cheech & Chong — Mick Jagger was set on Mr. Warhol’s zipper idea. And not only did the zipper have to work — it had to have something behind it.

“They knew if they put jeans and a working zipper that people were going to want to see what was back there,” Mr. Braun said. The reveal also served a practical purpose. “I knew the back of the zippers, which had to be glued down by hand, could damage the record,” he said. “So I decided to fold in a third panel.”

Mr. Braun called Warhol’s Factory looking for extra art. It came in the form of Polaroids from Warhol of a model in his tighty whities — photos that Mr. Braun still has, in their original envelope, at his Manhattan apartment today. (Commonly mistaken for Mr. Jagger, the “Sticky Fingers” underwear model as well as the cover star have remained a mystery; suspects include the Warhol Factory kids Joe Dallesandro, Jay Johnson and Corey Tippin.)

The zipper and underwear in place, Mr. Braun hit still more bumps. Even with a piece of protective cardboard separating each album, the first shipment of records arrived at retailers with some damage. Because of the weight of the stacked albums during transport, the zipper pull from one record was denting the vinyl on top of it, right on the grooves for “Sister Morphine,” the third track on the B-side.

Here, too, Mr. Braun finagled a solution. In the middle of a panicked night, “I got this idea that maybe, if the glue was dry enough, we could have the little old ladies at the end of the assembly line pull the zipper down far enough so that the round part would hit the center disc label,” he said. “It worked, and it was even better to see the zipper pulled halfway down.”

That wasn’t the only makeshift fix that would stick with the Stones. Back in London, John Pasche, a student at the Royal College of Art, worked on a logo for the band and its new label. Mr. Jagger had been inspired by the tongue of the Hindu goddess Kali, Mr. Pasche recalled, “but I didn’t want to do anything Indian, because I thought it would be very dated quickly, as everyone was going through that phase at the time.” Still, Kali’s mouth and lips “triggered something,” he said. (It didn’t hurt that Mr. Jagger had a recognizable mouth himself.)

In New York, Mr. Braun had a deadline and needed the logo. As the tongue design was still unfinished, he settled for a rough one-inch version, faxed over from London by Marshall Chess, the founding president of Rolling Stones Records. “I didn’t tell him what I was going to do with it,” Mr. Braun said.

His in-house illustrators finished the mouth — narrowing the tongue, adding more white accents and a black void for the throat — before blowing it up to cover the entire inside sleeve of the American release (Mr. Pasche’s version was used internationally).

“I thought it was going to get me into trouble,” Mr. Braun said. Instead, his touches on the logo, which still shifts slightly in size and color for different events, often persist to this day, including on the official ads for the “ZIP Code” tour and countless pieces of Stones memorabilia.

Mr. Pasche barely noticed. “It was a relaxed affair,” he said. “I just think things were happening fast and needed to be done, so it was redrawn.”

Mr. Chess, meanwhile, only found out about Mr. Braun’s revisions 45 years later. “He was so nervous about it!” said Mr. Chess, 73.

Mr. Braun estimates that he made six figures creating the “Sticky Fingers” packaging. For a few years in the ’70s, he also licensed and designed an alternate version of the Stones logo for a memorabilia line called Licks, which included jewelry, belt buckles and pins, paying the band only a small royalty.

Licks was a modest success, but probably ahead of its time. “The merchandising for the Rolling Stones is in the billions now,” Mr. Braun said. “I should have stayed in the business.” 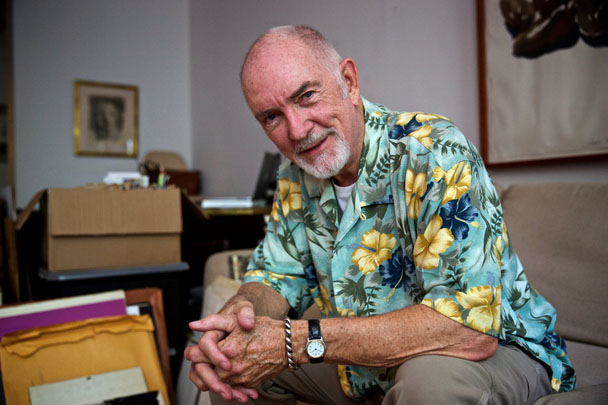 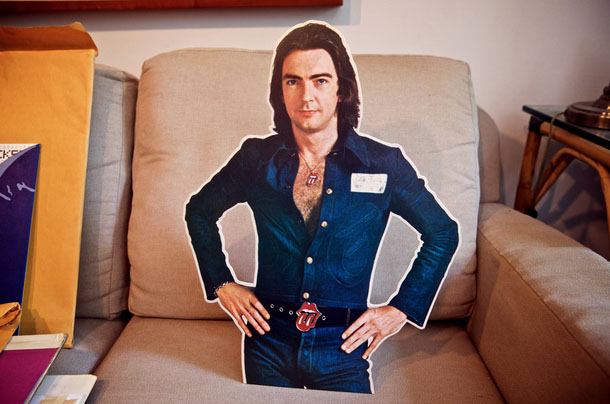 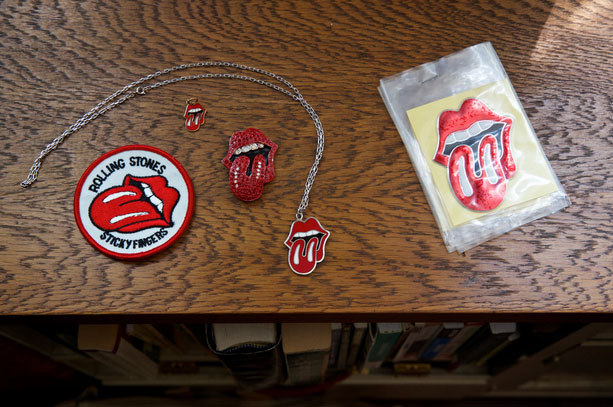 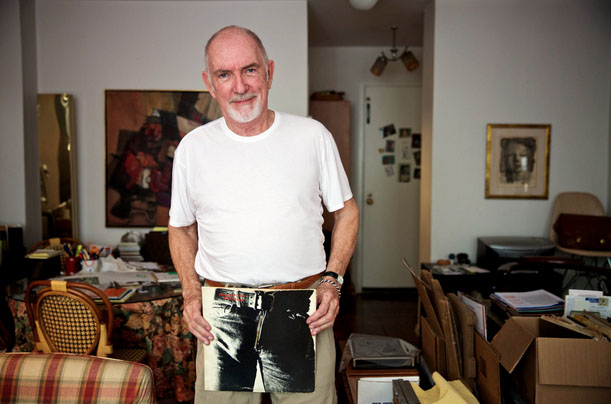