Home All About Andy 1980s Animals in Makeup 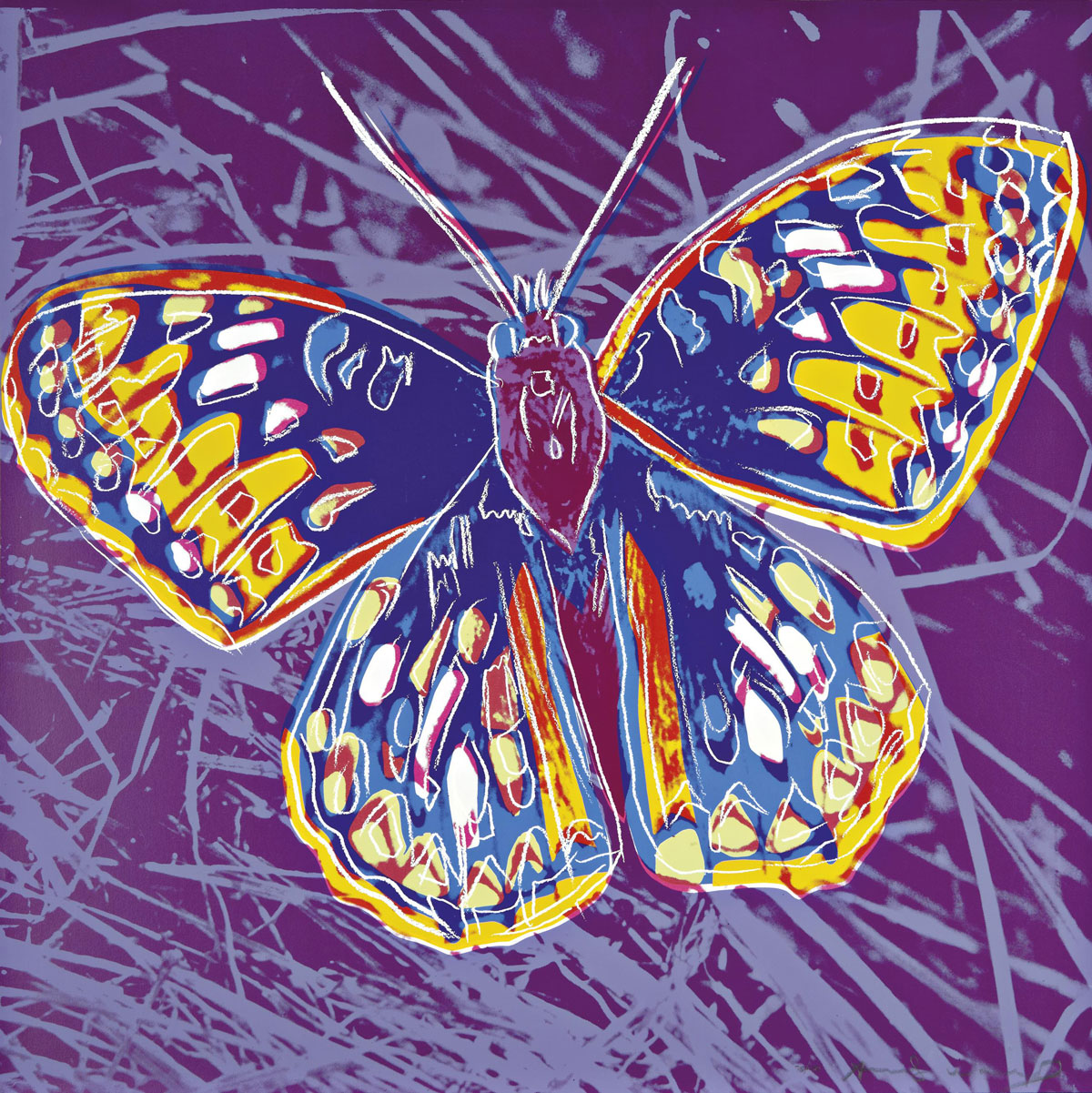 This is what Andy referred to when he created his 1983 series of 10 screenprints that portrayed endangered animals around the world. The San Francisco Silverspot, a species of butterfly, boldly represents Andy’s love for animals and ecological issues.

With silver markings underneath its wings, the Silverspot butterfly’s decline in population is due to its habitat near Bay Area cities (San Francisco, Oakland and Berkeley). Suburbanization leaves less open areas and fields that are dominated by non-native plants and grazing animals that destroys its habitat.

In ’83, Andy was commissioned by his friend and publisher Ron Feldman and his wife Freyda, who are both political activists and philanthropists, to create the series of 10 endangered species to raise environmental consciousness. Andy used bold colors to portray the animals as large than life.

There’s more to Andy besides celebrities and consumerism than people think!

Check out Silverspot on our website’s catalogue section for more information:
https://ilovewarhol.com/gallery/san-francisco-silverspot-fs-ii-298/