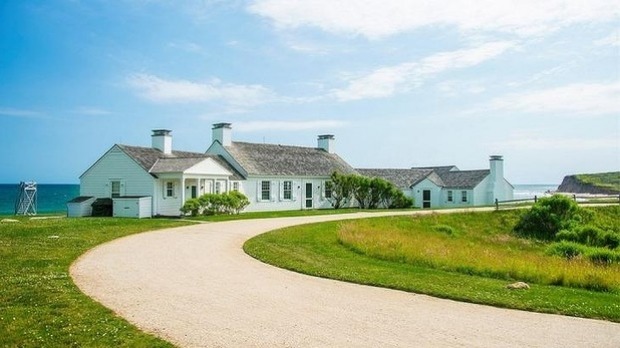 Famous for his pop art, it turns out Andy Warhol also had a fine eye for real estate.

As well as his renowned Manhattan Factory, the artist owned a large seaside estate in Long Island, which is now on the market for $US85 million ($110.2 million).

While pricey, the estate is relatively cheap compared to his most expensive artwork: Warhol’s Silver Car Crash (Double Disaster) sold for $US105.4 million at a 2013 Sotheby’s auction.

Despite his plans to buy in the Hamptons, Warhol ended up buying a 12-hectare estate in Montauk with his friend Paul Morrissey.

At the time, Montauk was not a popular holiday spot, but Warhol’s presence helped it become the place to be.

According to the marketing material: “Andy Warhol made the compound famous, frequently entertaining a host of luminaries including Jackie Onassis, Mick Jagger, Elizabeth Taylor and John Lennon.”

Warhol also owned a five-story townhouse in New York city’s Upper East Side. The Lexington Avenue house reportedly went back on the market in December last year for a much more modest $US8.75 million.

Warhol’s Montauk getaway is currently owned by the chief executive of fashion brand J. Crew, Mickey Drexler, who paid $US27 million in 2007 before fully renovating it.

“There are few properties in the entire world that can boast a location which combines a noted oceanfront compound with a historic horse farm,” said selling agent Paul Brennan of Douglas Elliman.

“And it’s only 40 minutes away from Manhattan by helicopter”.

First built in the 1930s for the Church family, the estate comes with a main house, six cottages, and a horse farm with two barns and stalls for 29 horses.

The estate, called Eothen, sits right on the beach and is hidden from view by the surrounding nature reserve, which contains kilometres of horse trails.