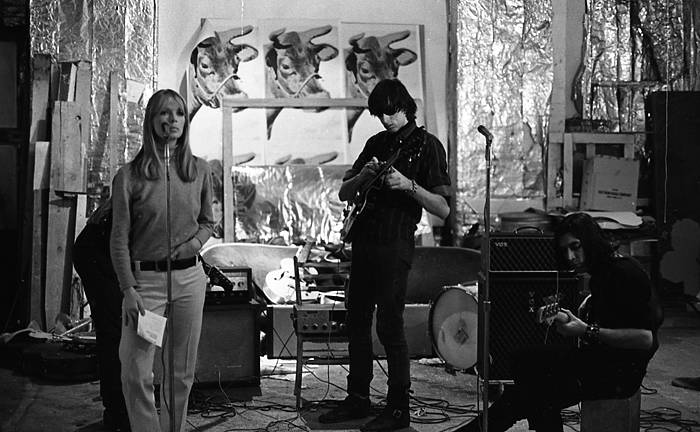 The fifth floor at 231 East 47th Street also known as Andy Warhol’s iconic ‘Factory’ was more than just Warhol’s workspace. The original Factory known for its silver walls draped in tin foil, was also known for its large over-the-top parties.  Warhol’s workspace and hot-spot brought in several artists, drag queens, movie stars, and musicians. If you were invited to one of these Factory parties, you were probably close to the famed artist or someone with “star quality.” The factory welcomed a stream of famous faces including Bianca Jagger, Bob Dylan, Truman Capote, Ginsberg, Salvador Dali, and Jim Morrison. Too boot, in 1965 the Factory even had a house band of sorts, in the form of The Velvet Underground. No wonder the parties were so frequent and legendary. It was the place to be.

One of the few people that did not appreciate Warhol’s star-studded gatherings was his landlord. In November of 1965 Warhol’s landlord sent him a notice saying his lease did not permit such a high occupancy. 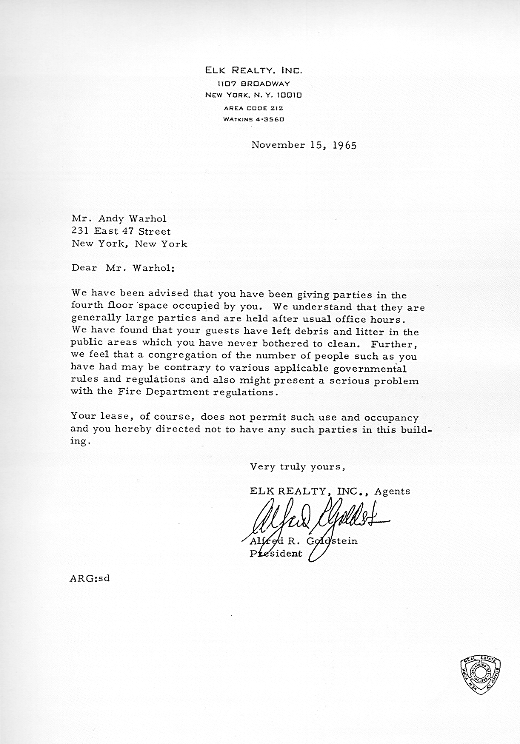