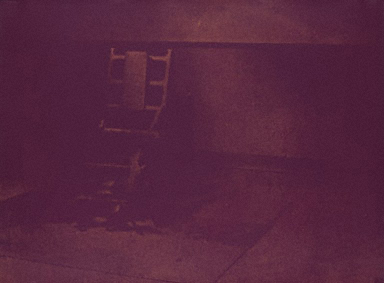 Some things in life are certain, the saying goes: death, taxes and Andy Warhol. The last one is my revision, but I’m only making it explicit. If you build an Andy Warhol show, near regardless of content — and charge 10 bucks for it — you can be almost guaranteed the masses will come.

That’s what Revolver Gallery, a Los Angeles-based venture started by former Toronto rave-producer-turned-L.A.-concert-promoter Ron Rivlin, is banking on. As far as bets go, it’s a pretty safe one.

By the time of his death in 1987, Warhol’s savvy manipulations of popular culture had made him a fixture in the mainstream eye and his undeflatable presence on the international auction market has kept him there. In November, his Triple Elvis (Ferus Type) sold at auction for more almost $82 million (U.S.), with Four Marlons not far behind at $69.6 million.

You won’t find any of that here, in Revolver’s repurposed former Guess shop on Bloor St. (a louche mass-market fashion chain the associations of which Warhol, the pater familias of consumer critique in contemporary art, would surely have enjoyed).

What you will find is a contextual void that runs the gamut from the very predictable, and least accomplished, of Warhol’s works to the occasional, surprising gem. Revolver, a newbie to the art game that opened in 2012, is aggressively pitching itself as a go-to Warhol aggregator for the secondary market. Nothing is for sale here, but the show is at least partly a branding exercise to that end.

So is it worth your 10 bucks? Maybe. Herein, a guide to what’s inside:

A tough one: Can you have a mini, quasi-retail Warhol show without an appearance by likely his most famous subject? You could and it would probably be better for it. I’d argue that the artist’s central argument with his celebrity work, about the commodification of fame and the cocoon of artifice it creates, is lost in all but the most carefully crafted of contexts. But in a surface-skimming take governed by giving the people what they want, they’re as much required equipment as the plumbing and air conditioning.

A little a-ha! moment, Shadow, one of Warhol’s gorgeous, small silkscreen paintings, is worth the price of admission — for me, at least — all on its own. Surprising in every way — it’s tiny, dark and all-but-abstract — the work provides some welcome grounding amid the din of the artist’s celebrity-driven works from the ’80s, which dominate here.

Far removed from Warhol’s original soup can paintings from 1962, the three works here stand in for the artist’s genesis as an appropriator of popular imagery and a critic of the burgeoning advertiser culture of his day. (How did Warhol never appear on Mad Men, except in passing conversation?) An essential, I suppose, for any Warhol how-to, though absent the genuine article it feels a little put on (something else the artist no doubt would enjoy).

Warhol first made a screen print of this archival photograph in 1963, when New York state abandoned the death penalty. Over the years, he reprinted it in multiples and different colours hundreds of times. The ongoing idea, of how the attention deficit of an increasingly media-saturated world was desensitizing society to disaster and cruelty alike, served as an unsettling critique of state-sanctioned murder. This print, from 1971, sits at a distance from the original but, like so much of the artist’s work, gathers new meaning as it travels forth. A disquieting gem.