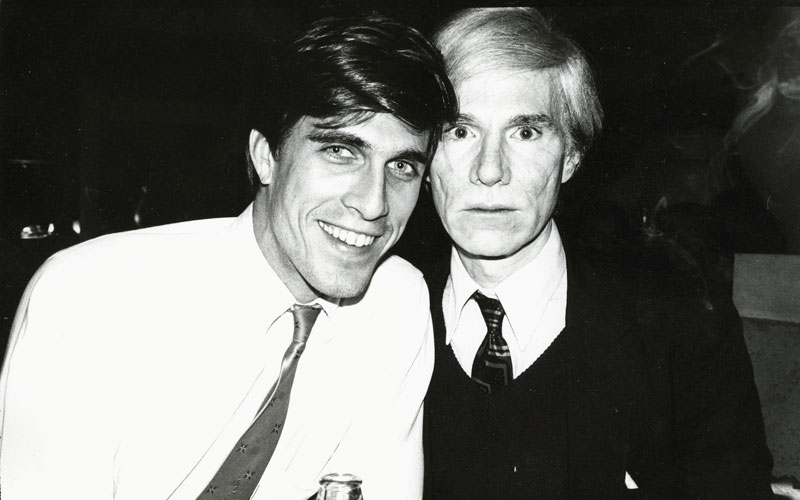 “I met Andy Warhol for the first time in Paris at the Hôtel de Crillon. My partner Jay Johnson, who I’m still with today, had a brother named Jed – he was dating Andy at the time,” stated Tom Cashin about his first encounter with the notorious artist. “We ended up ordering food to his room and I couldn’t believe my eyes that Andy ordered his dog a steak – it was a riot”.

Cashin, a former fashion model that was sent to Europe by his agent to get exposure, captivated Warhol’s attention and camera lens, beginning their years-long friendship…and subsequent photos. “I was an Irish step dancer and Andy had never met one before – so he found it quite funny,” he said. “Coupled with the fact that I wore a bold white suit the first time we met, there was instantly a connection. I was a skinny and tall

kid from Brooklyn – Andy thought I was a total character”.

Their relationship evolved over the years, going from one of nonchalant encounters to one that was somewhat therapeutic, especially when it came to his boyfriend, Jed. “He would call me if he had an issue with. Jay was the bad boy and Jed was not. He would call me about all sorts of things that were happening in his life – and I always answered”. Cashin, along with his partner, spent countless experiences with Warhol and his gang, ‘The Factory Superstars’ – especially at his townhouse. Warhol, a New York scenester, in all his publicized encounters, somehow managed to keep his personal life somewhat private.

“He wasn’t shy about bringing his partners over the years around or having all the guys over to his house in Montauk. That’s usually where he would have them do those incredible torso pictures – but he always maintained some level of privacy”.