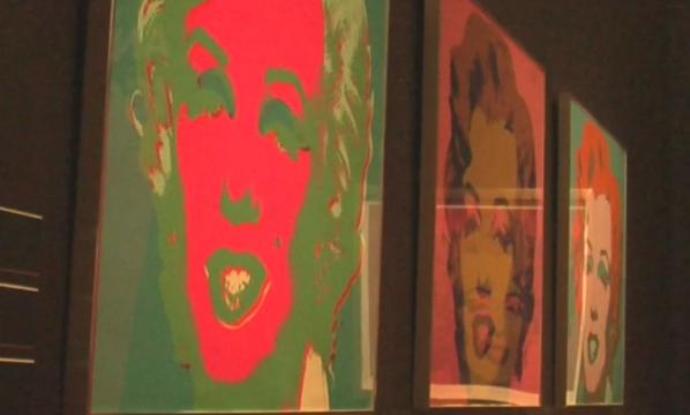 CHARLOTTESVILLE, Va.– Walking into the second floor gallery of the Fralin Museum, you might recognize the prints hanging on the walls as the work of none other than pop art icon Andy Warhol.

The Fralin Museum just finished the installation of Warhol prints.

According to the museum, the exhibit was inspired by a series of prints they were gifted by the Andy Warhol Foundation back in 2014.

The exhibit, was also inspired by the idea of an “icon.”

Curator of Exhibitions and Co-Interim Director Rebecca Schoenthal says the first thing you notice when you walk into the installation is a 15th Century panel painting on loan from the National Gallery of Art.

Apparently, the panel painting inspired Warhol to make several pop-art versions, which the museum hung on either side of the original piece.

The Fralin says they kept the iconic idea going, with the other works that they have put on display.

“We spun-off and riffed on that idea of the ‘icon,'” said Schoenthal. “So we have iconic figures like Marilyn Monroe, Liza Minnelli and Queen Elizabeth all here in the gallery. It’s familiar faces both in terms of the celebrity of the people and done in the Warhol style.”

Schoenthal says the painting of Queen Elizabeth is extra iconic because Warhol covered it in diamond dust.

The Fralin is open Tuesday through Saturday and the Warhol exhibit will be on display through Sept. 18.