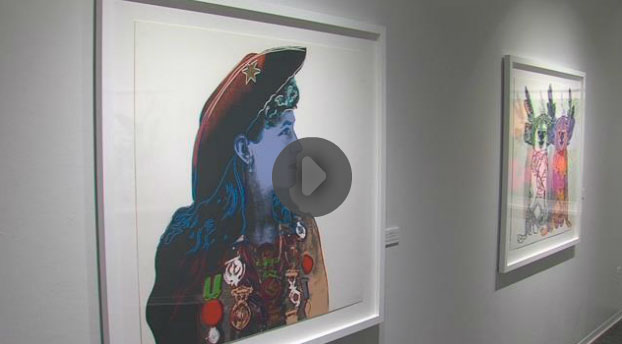 If you’ve ever wanted to see an Andy Warhol Exhibit, now is your chance.

The Northcutte Steele Gallery at MSU-Billings will display a set of Warhol’s silkscreen prints and photographs through October 9.

The prints include a portrait of Queen Elizabeth and four from his “Cowboys and Indians” series. The photographs and prints on display come from two separate, permanent gifts to the university. The photographs were previously displayed in 2010, but the silkscreen prints were donated last spring and being displayed for the first time.

MSUB Assistant Art Professor Leanne Gilbertson says the Warhol artwork is enjoyable for the public, but also inspires her students.

“The (photographs) really give you an intimate look into how he was thinking as an artist, and his process,” Gilbertson said. “So, that’s very enlightening for our students, and also gives them an example to follow.”

Warhol’s artwork is rooted in exploration of photographic and cinematic images.

The exhibit is located on the first floor of the MSUB Liberal Arts building and is free to the public. The official opening ceremony is next Thursday, September 17 from 5-7 p.m.