Home Scoop Andy Warhol Authentication Board in the Art Market 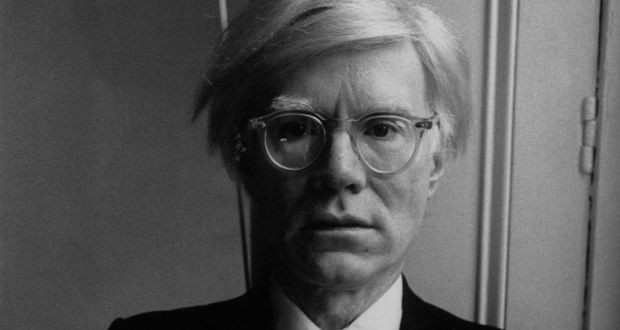 It has to be everyone’s favourite moment in Antiques Roadshow: the bit where the hopeful punter standing beside their vase/bureau/carriage clock, tries to pretend that they’re not really interested in the valuation, that they love the object for itself. In the BBC’s Fake or Fortune?, also fronted by Fiona Bruce, they go a step further and enter the murky world of art authentication.

With hundreds of thousands, if not millions, of euro riding on the outcomes, it is a murky world and is increasingly vexed by legal challenge. This is more understandable with art whose making has passed out of living memory than it is with modern and contemporary works.

Nevertheless, the lawsuits that emerged in the past decades, as the art market soared, have caused both the Andy Warhol Authentication Board and the Keith Haring Foundation to close.

The Warhol had itself attracted criticism over its closed-door practices, but commenting on its disbandment in 2011 (after spending a reported excess of $6 million fighting a suit filed by London-based filmmaker Joe Simon when it declared his “Warhol” inauthentic), Warhol Foundation chair Michael Straus said “protecting collectors, it’s not our job”.

He might as well have been saying “investors”, because at this level of the market, despite mutterings about the importance to scholarship, authentication is really about money. Last week, the Wall Street Journal reported on how “efforts by powerful brokers to buy up artist Damien Hirst’s work offer a real-time glimpse into the manoeuvrings that influence art-market prices”. It becomes obvious the dealers involved could just as easily be selling commodities or futures in sugar. The art is just a vehicle.

But, as with any story, it’s the people that are frequently the most fascinating part. Henri Léger’s widow, who had inherited the right to pronounce on authenticity, “was said to automatically reject any work – and there were many – that her husband had painted for his other female companions”.

In Don Thompson’s fun art world exposé, The Supermodel and the Brillo Box, he reports how “there is now a category of Léger works described as ‘rejected, present to lovers’.”

More recently, CSI-style technologies were used when Jackson Pollock’s widow, Lee Krasner, refused to acknowledge Red, Black and Silver, which had been given by Pollock to his lover Ruth Kligman. Fur from a polar bear skin rug and hair from the artist forensically backed up Kligman’s claim. You can understand when hurt sensibilities and emotional betrayal can cloud a bereaved partner’s judgment, but what could cause an artist not to authenticate their own work?

In 1990, the American minimalist sculptor Donald Judd took out a quarter-page advert in Art in America, declaring that a work in a Los Angeles exhibition that autumn had been “wrongly attributed” to him. In fact, art collector Giuseppe Panza had bought a large Judd installation, which actually consisted of a set of instructions for Panza to fix a series of five-foot high iron plates to the walls of his Italian villa. Rather than remove and ship the work to LA, Panza sent the instructions over, in the process ruffling the sensibilities of the notoriously irascible Judd.

Today that seems like little more than a playground scrap, albeit one played out in a more rarefied setting than a sandpit. Closer to home, though, relative newcomer to the Dublin gallery scene, Jonathan Ellis King, is involved in a similar scuffle.

He and LA dealer Stefan Simchowitz have taken legal action against Ghanaian artist Ibrahim Mahama. They allege that Mahama, whose work is on show in the current Venice Biennale, and who exhibited at the Ellis King gallery in Dublin in December of last year, has declared hundreds of signed works belonging to Simchowitz and Ellis King as inauthentic.

Mahama’s work consists primarily of jute coal sacks. In the lawsuit, as reported by ArtNews, the dealers paid £45,000 each for “a large amount of jute-sack material, divided into six lots, with the intention that the money would be used to help him build a studio”. They then paid a fabricator $67,000 to stretch a number of the sacks into artworks.

“During that time, Mahama was on hand in London to ‘oversee and approve the stretching process’. On December 3rd and 4th last year, they say, he signed 294 such works at Ellis King’s gallery in Dublin.”

Except Mahama appears to have subsequently changed his mind.

Simchowitz is a controversial figure. A New York Times Magazine article profiled him in December last year under the headline “The Art World’s Patron Satan” (a link to which is proudly displayed on his own website, simcosclub.com), and said his business model was based on that timeless art-world stalwart of buying cheap from young artists, hyping, then selling high. Except he does it on a massive scale.

“You have to think of culture like it’s oil in the ground: it needs to be mined, refined and it needs to be distributed,” said Simchowitz in an ArtSpace interview. It’s what happens when artists decide against becoming commodified like that, that things get interesting.