Home Scoop Andy Warhol as a Guide to Trade 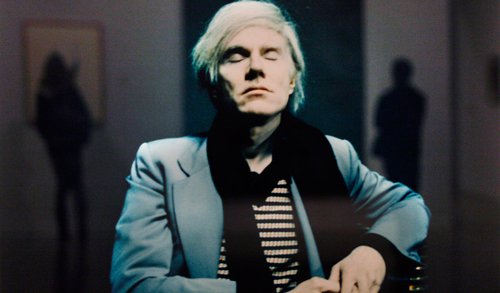 I often ask people in my business — public policy — where they get their inspiration. Liberals often point to John F. Kennedy. Conservatives usually cite Ronald Reagan. Personally, I prefer the artist Andy Warhol, who famously declared, “I like boring things.” He was referring to art, of course. But the sentiment provides solid public policy guidance as well.

Warhol’s work exalted the everyday “boring” items that display the transcendental beauty of life itself. The canonical example is his famous paintings of Campbell Soup cans. Some people sneered, but those willing to look closely could see what he was doing. It is the same idea expressed in an old Zen saying, often attributed to the eighth-century Chinese Buddhist philosopher Layman Pang: “How wondrously supernatural and miraculous! I draw water and I carry wood!”

Warhol’s critical insight is usually lost on most of the world. This is not because people are stupid, but because our brains are wired to filter out the mundane and focus on the novel. This turns out to be an important survival adaptation. To discern a predator, you must filter out the constant rustling of leaves and notice the strange snap of a twig.

Warhol believed that defeating this cognitive bias led to greater appreciation of beauty. It also leads to better public policy, especially in relieving poverty. For example, while our attention is naturally drawn to the latest fascinating and expensive innovations in tropical public health, many experts insist it is cheap, boring mosquito bed nets that best protect against malaria. Despite their lifesaving utility, these boring nets tend to be chronically underprovided.

We can look closer to home, too. People love to find ways to get fancy technology into poor schoolchildren’s hands, but arguably the best way to help children falling behind in school is simply to devise ways to get them to show up.

But the very best example of the Warhol principle in policy is international trade. If it is progress against poverty that we’re pursuing, trade beats the pants off every fancy development program ever devised. The simple mundane beauty of making things and exchanging them freely is the best anti-poverty achievement in history.

For more than two decades, the global poverty rate has been decreasing by roughly 1 percent a year. To put this in perspective, that comes to about 70 million people — equivalent to the whole population of Turkey or Thailand — climbing out of poverty annually. Add it up, and around a billion people have escaped destitution since 1990.

Why? It isn’t the United Nations or foreign aid. It is, in the words of the publication YaleGlobal Online, “High growth spillovers originating from large open emerging economies that utilize cross-border supply chains.” For readers who don’t have tenure, that means free trade in poor countries.

That mug in your hand that says “Made in China” is part of the reason that 680 million Chinese have been pulled out of absolute poverty since the 1980s. No giant collaboration among transnational technocrats or lending initiatives did that. It was because of economic reforms in China, of people making stuff, putting it on boats, and sending it to be sold in America — to you. Critics of free trade often argue that open economies lead to exploitation or environmental degradation. These are serious issues, but protectionism is never the answer. Curbing trade benefits entrenched domestic interests and works against the world’s poor.

And what of claims that trade increases global income inequality? They are false. Economists at the World Bank and at LIS (formerly known as the Luxembourg Income Study Center) have shown that, for the world as a whole, income inequality has fallen for most of the past 20 years. This is chiefly because of rising incomes from globalization in the developing world.

Interestingly, Warhol himself once remarked on the democratizing effect of global commerce with his characteristic ironic edge. “The President drinks Coke, Liz Taylor drinks Coke, and just think, you can drink Coke, too,” Warhol said. Fortunately, President Obama appreciates the benefits of trade and is currently fighting for the latest international trade pact, the Trans-Pacific Partnership (T.P.P.). It would knock down barriers between North American, South American and East Asian nations, benefiting rich and poor people and countries alike. Admirably, the president is standing up to critics in his own party (as well as some in the opposition) who oppose the deal. With luck, T.P.P. will make its way through the House and Senate this spring or summer, and receive the president’s signature.

Trade doesn’t solve every problem, of course. The world needs democracy, security and many other expressions of American values and leadership as well. But in a policy world crowded with outlandish, wasteful boondoggles, free trade is just the kind of beautifully boring Warholian strategy we need. Americans dedicated to helping others ought to support it without compromise or apology.