Home All About Andy Andy Warhol and 25 Cats 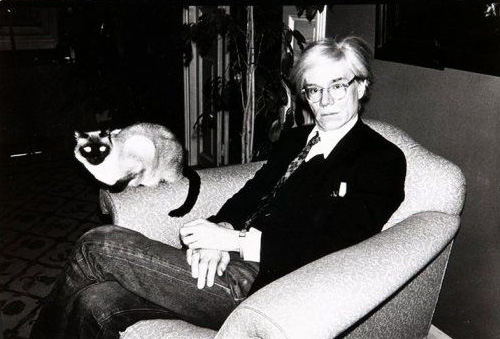 In his Lexington Avenue apartment in New York, Andy lived with his mother Julia and 25 felines. His first feline was a siamese cat named Hester. He feared his cat would grow lonely and brought home an additional cat named Sam. The two cats began a family that eventually reached 25 cats, each of whom Andy named Sam. In 1954, Andy published a book of hand-colored lithographs, 25 Cats Name Sam and One Blue Pussy. 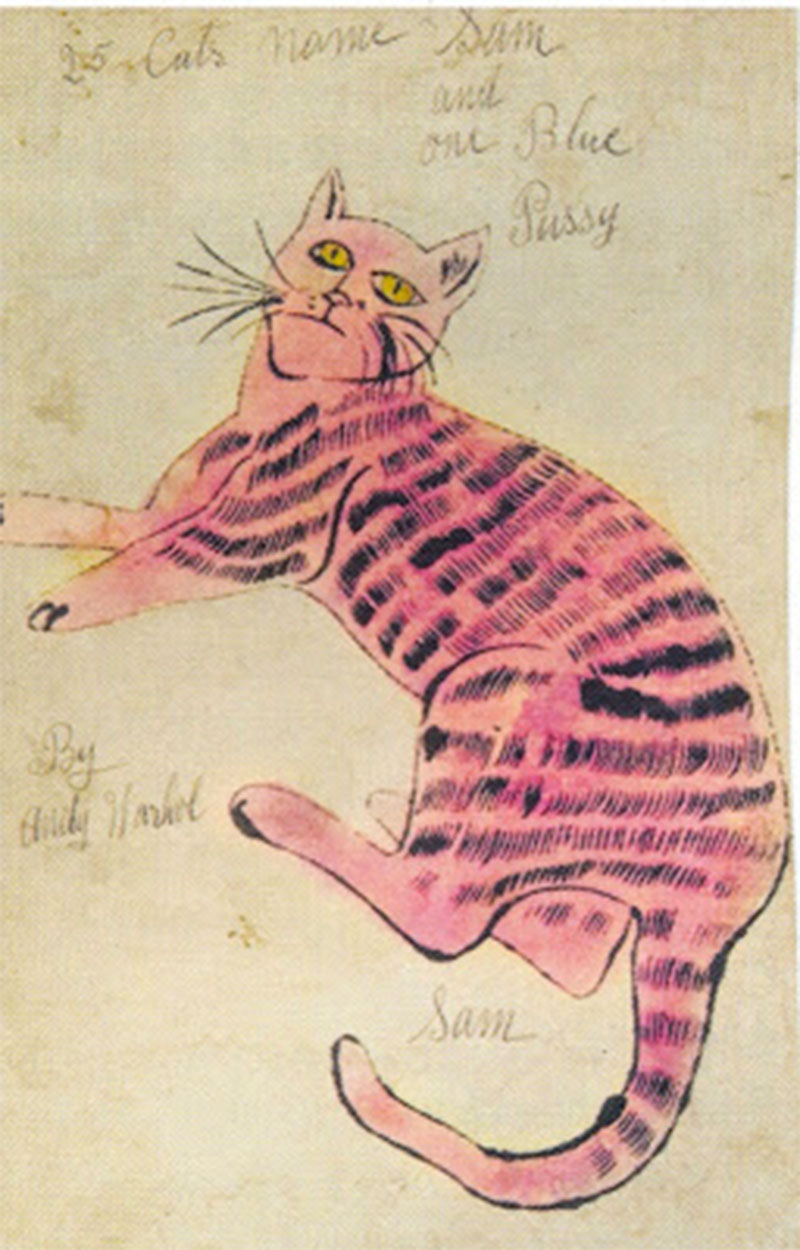 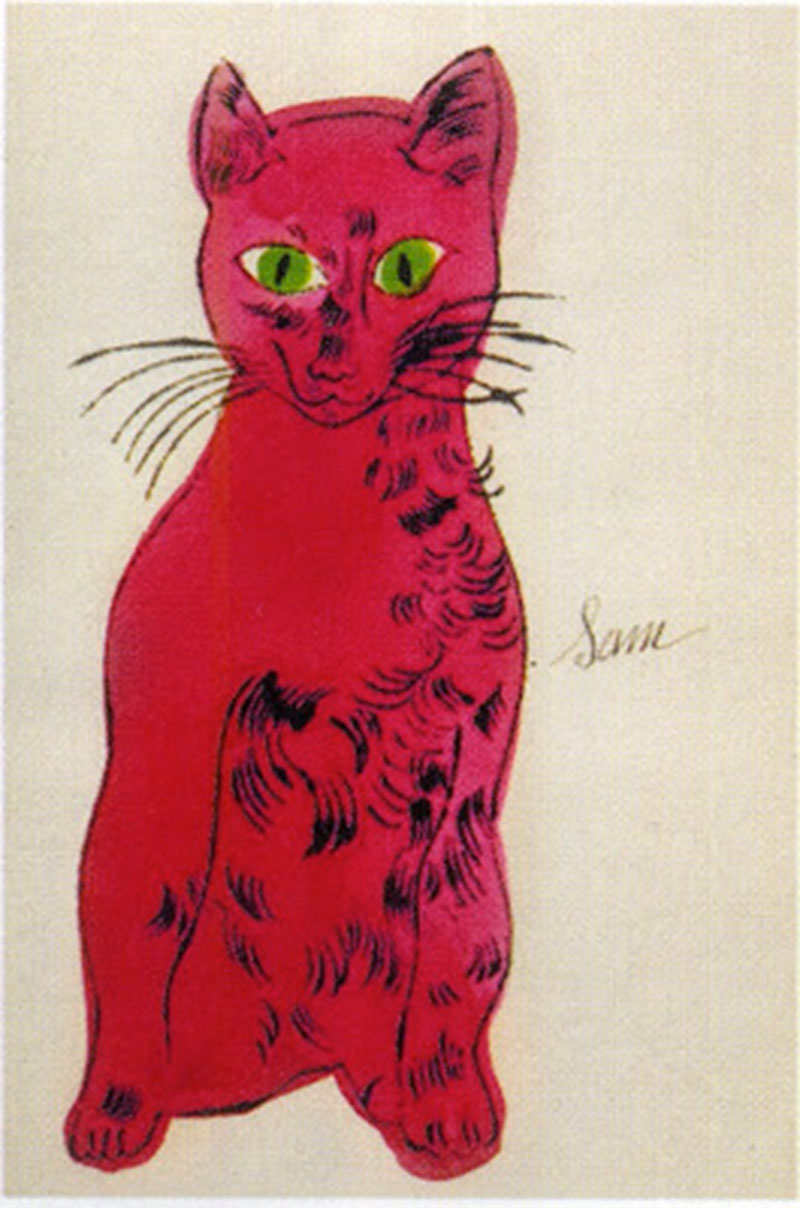 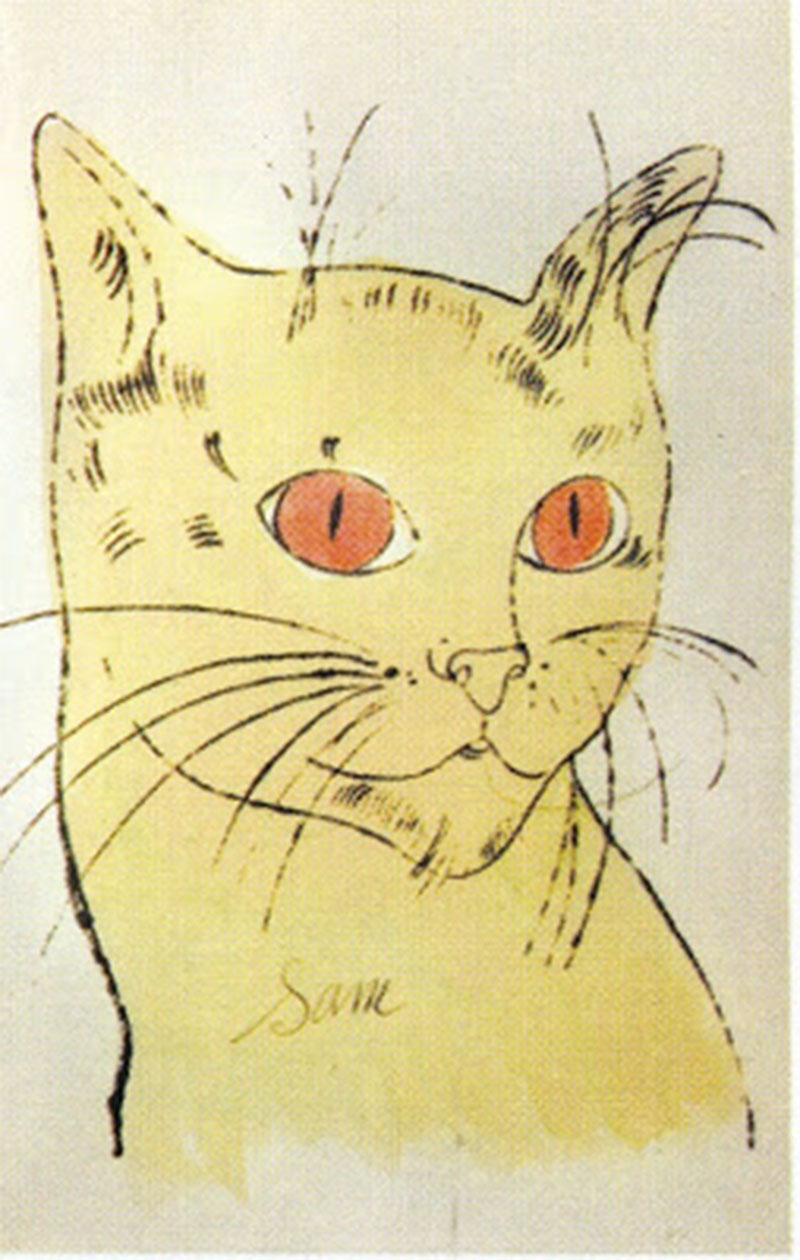 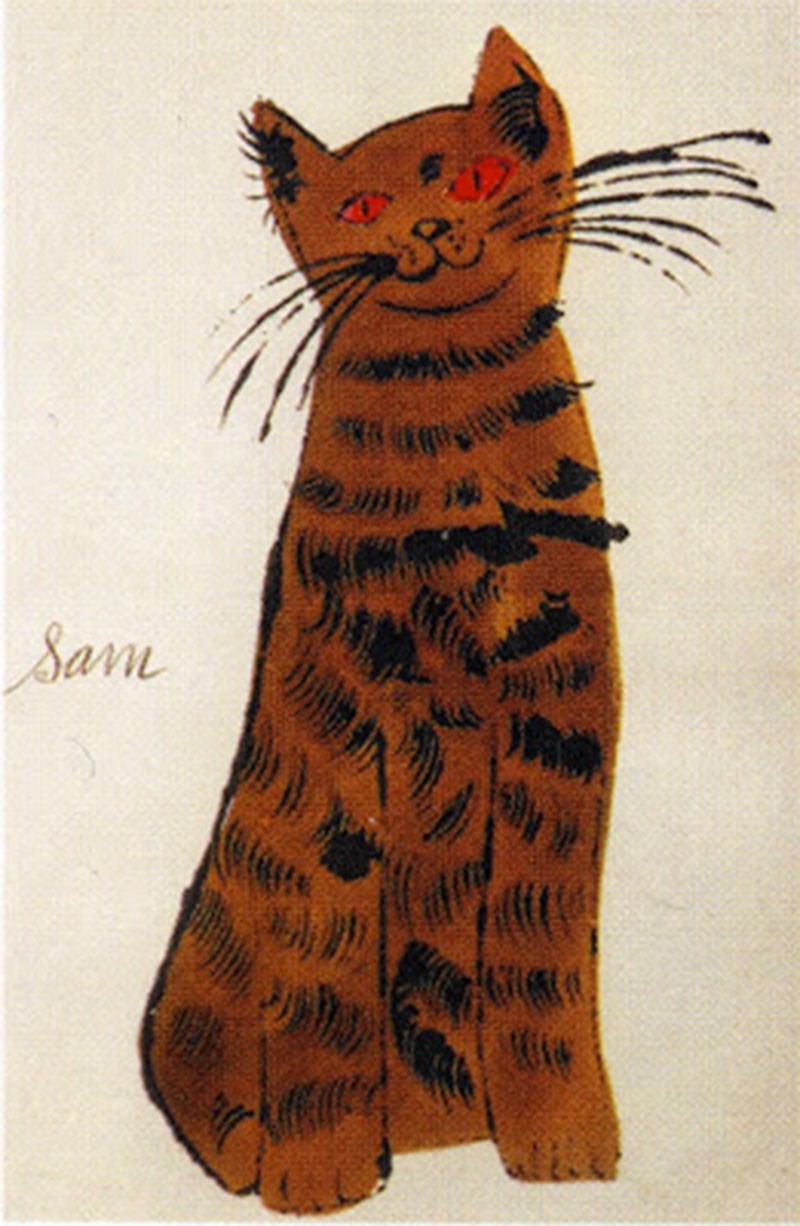 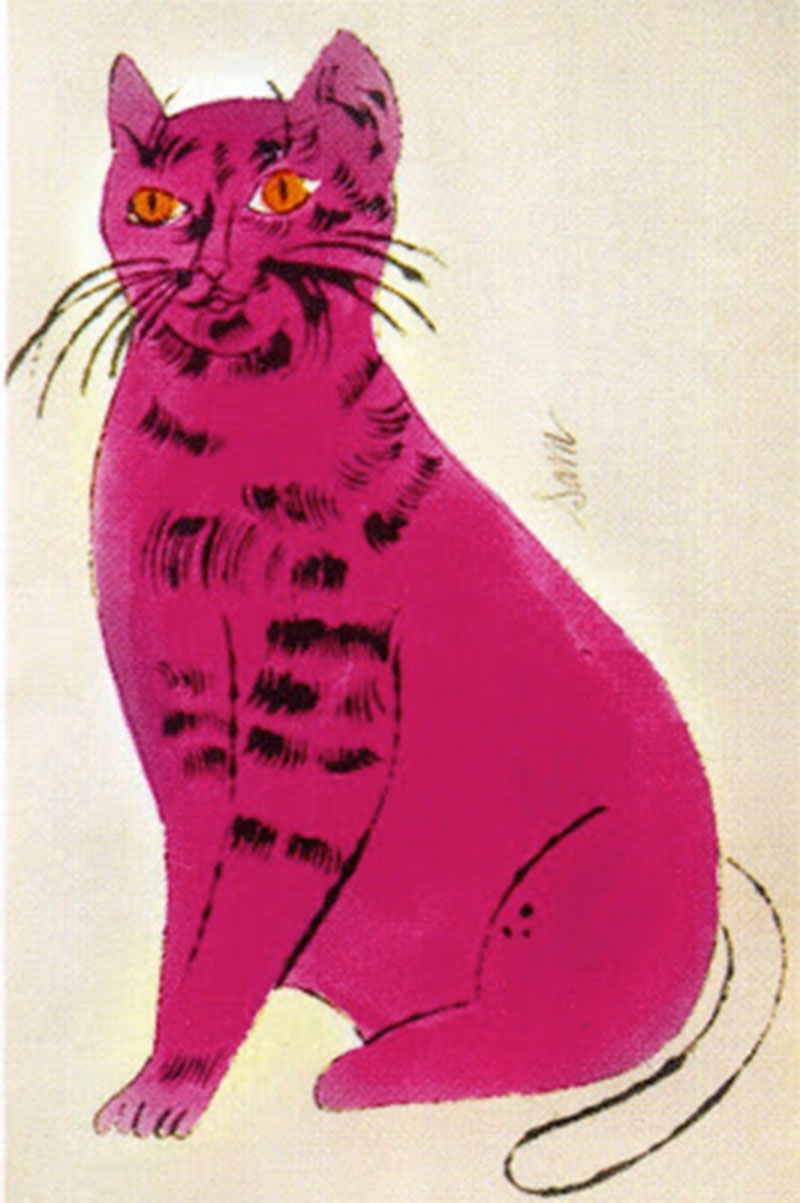 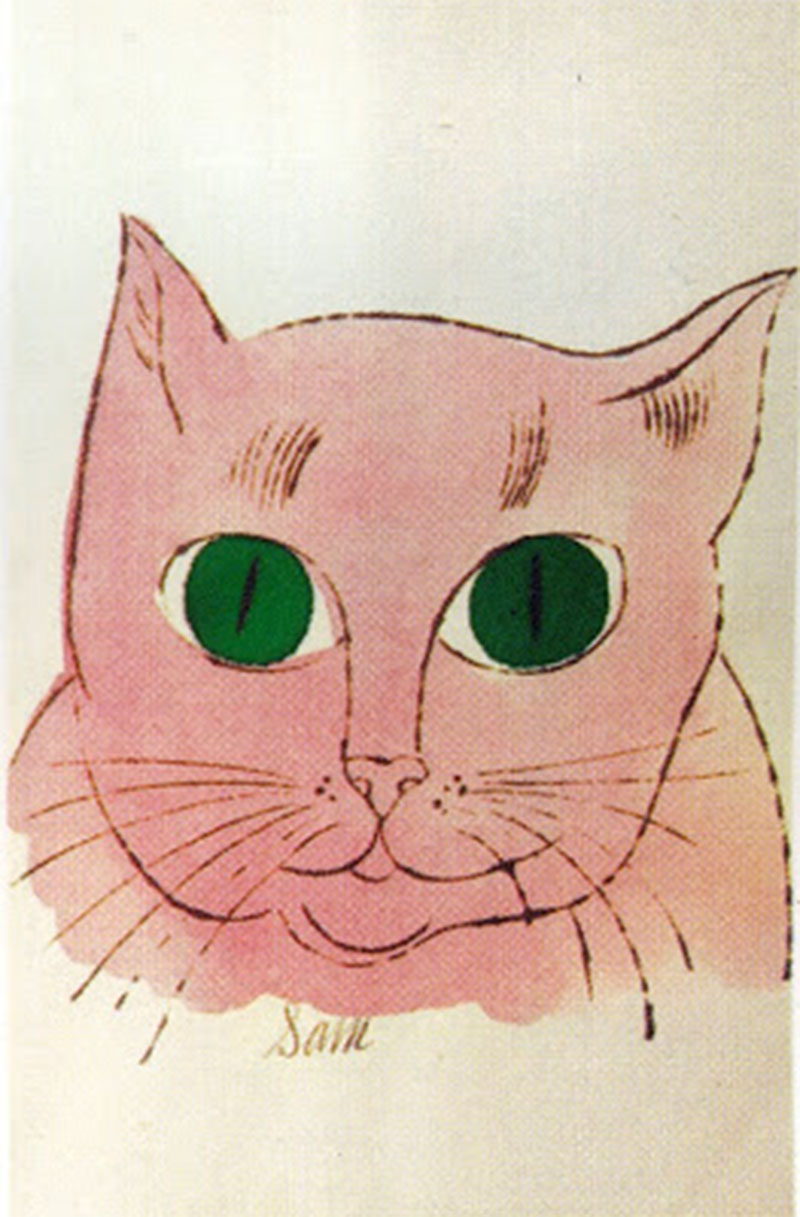 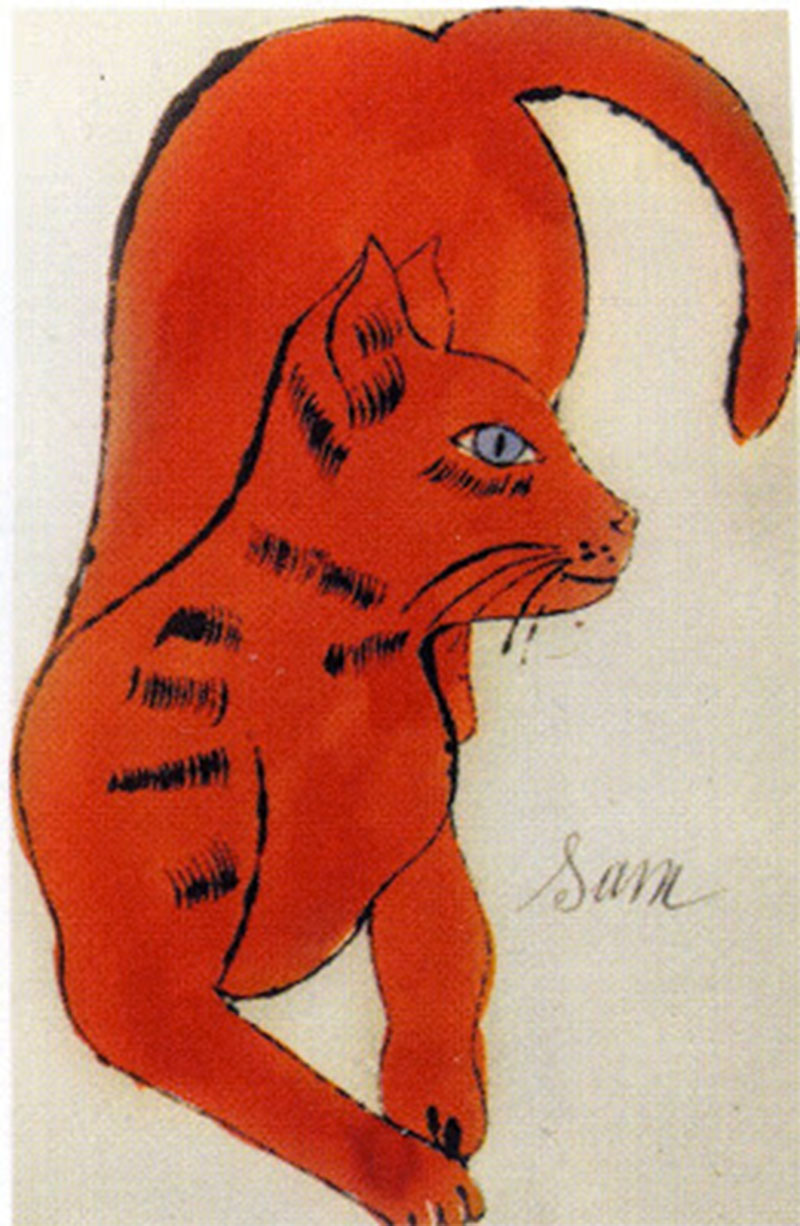 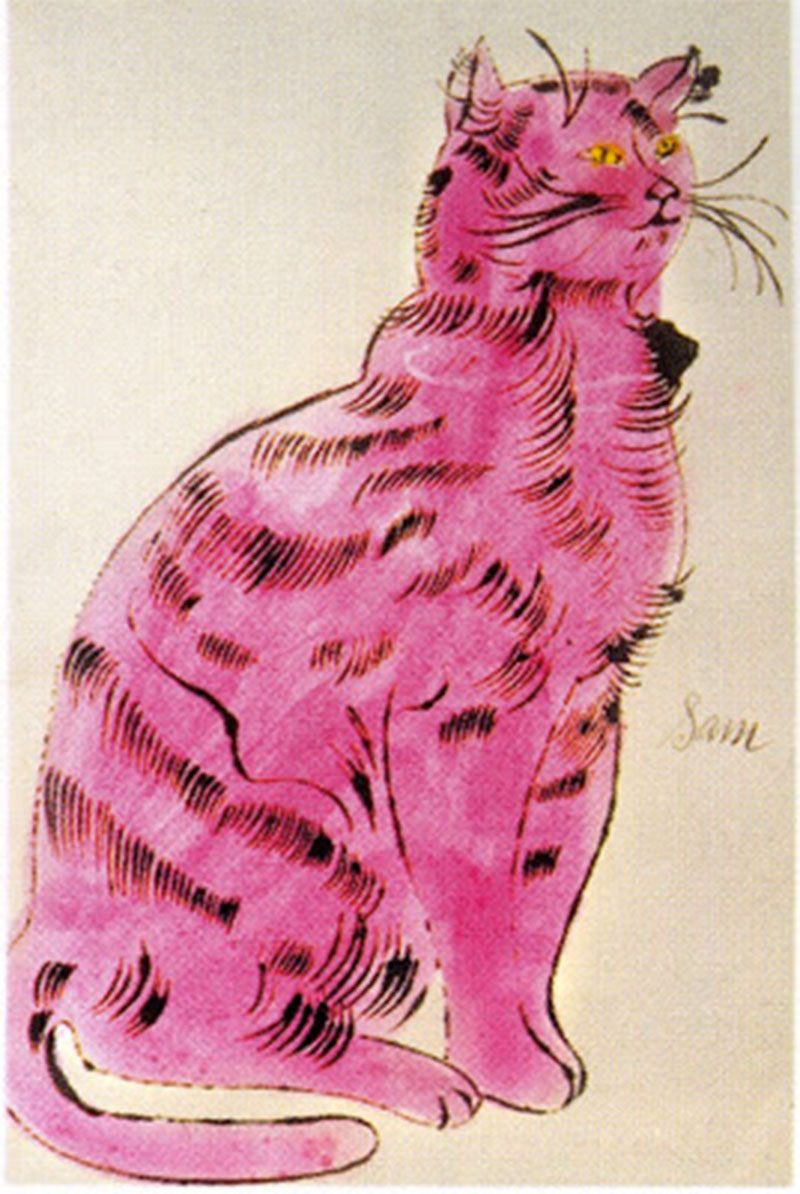 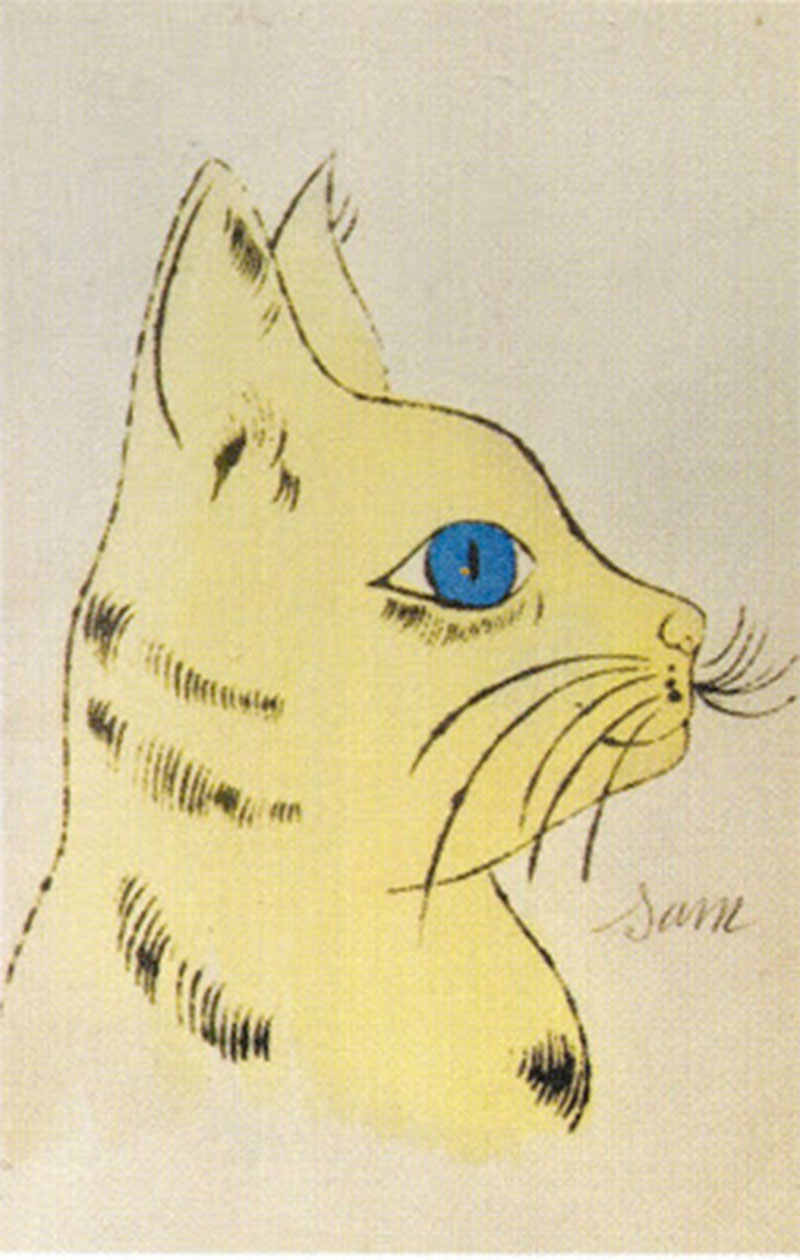 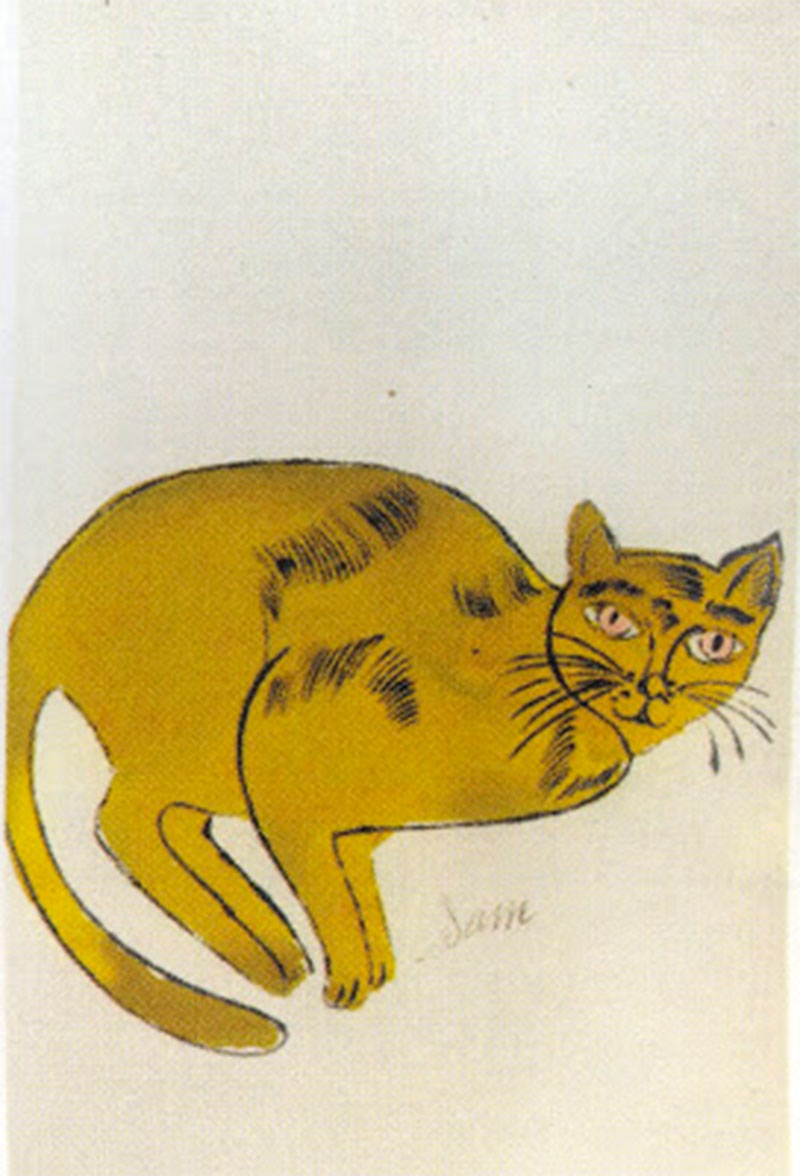 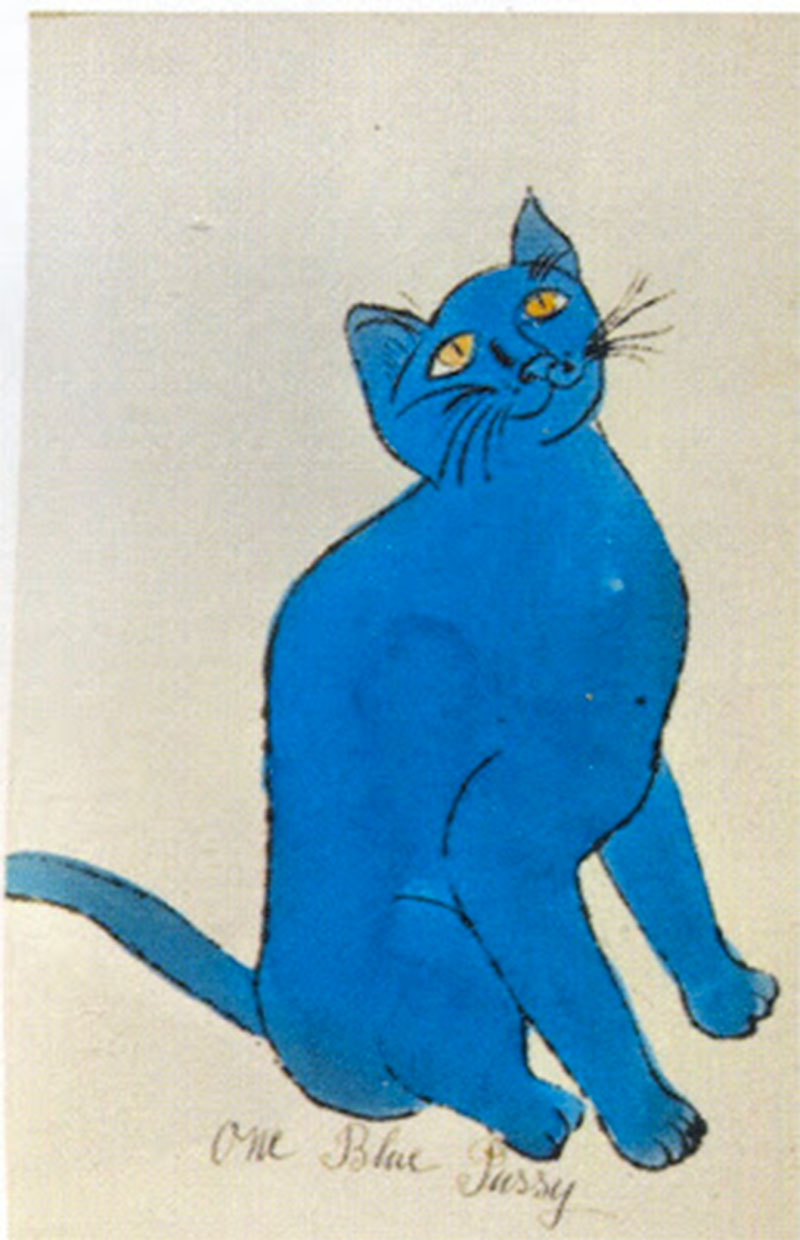 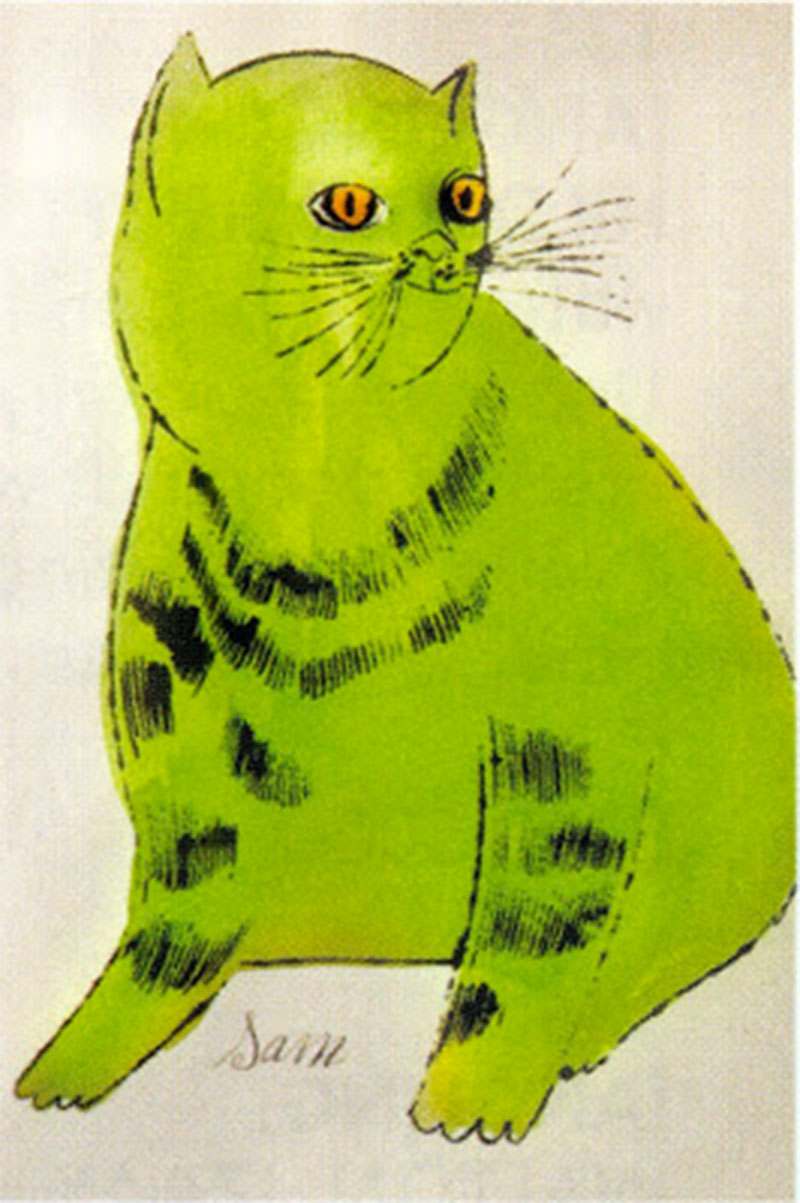 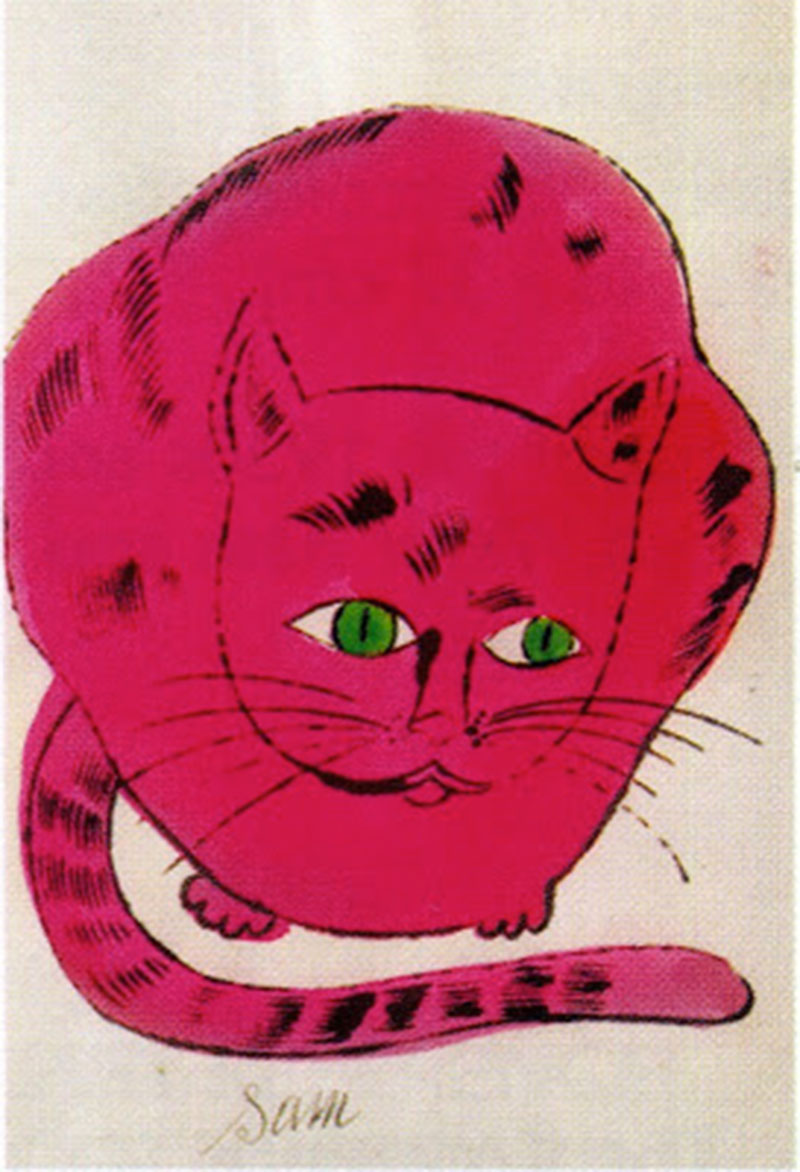 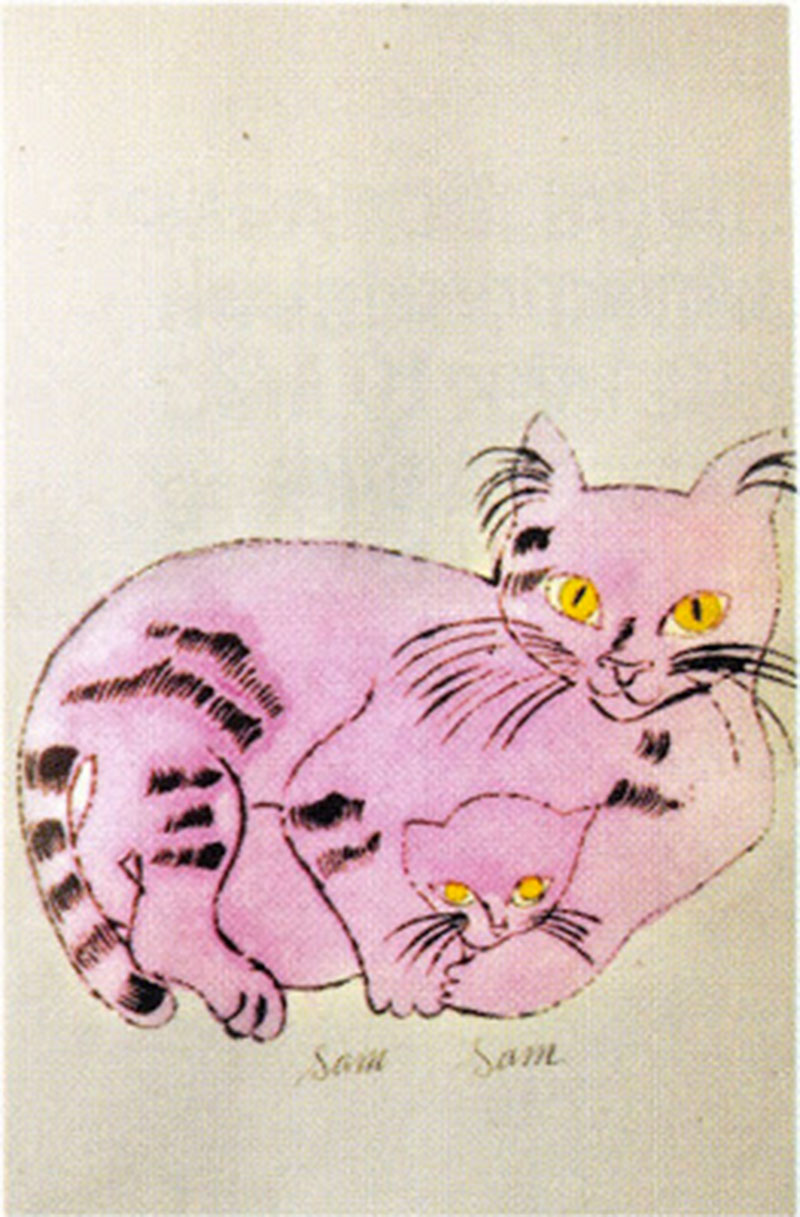 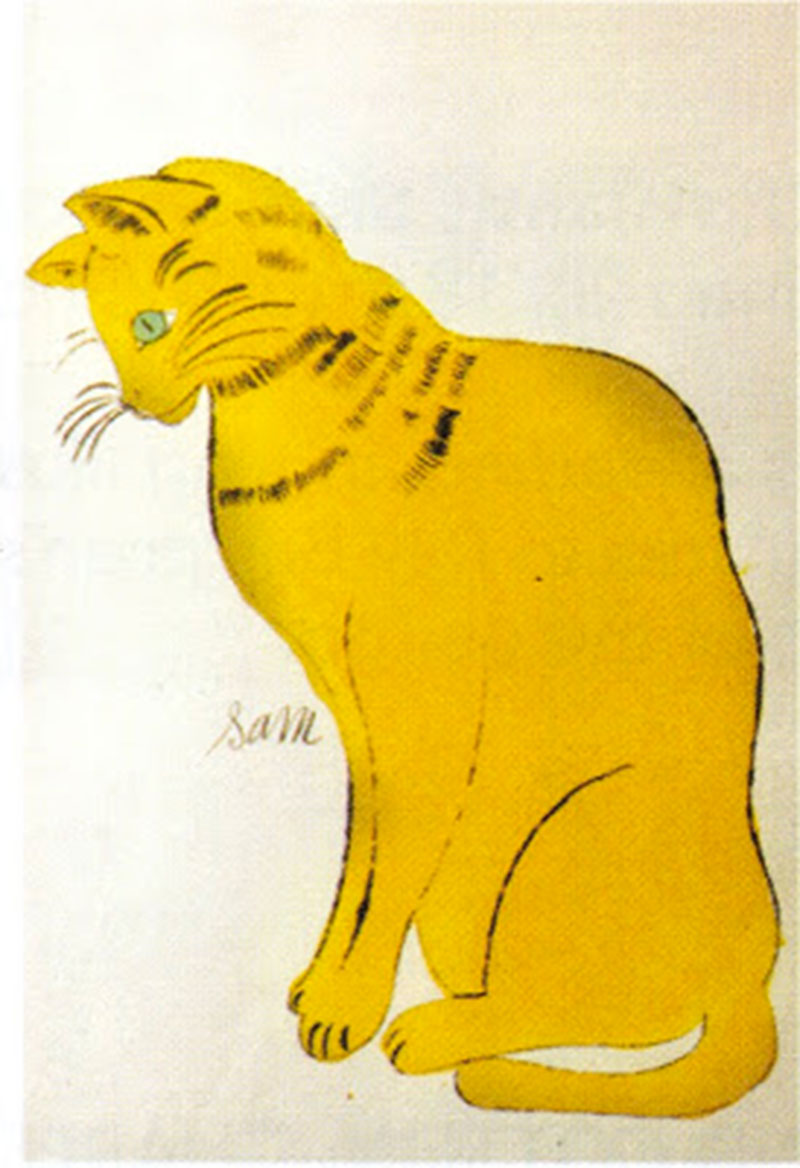 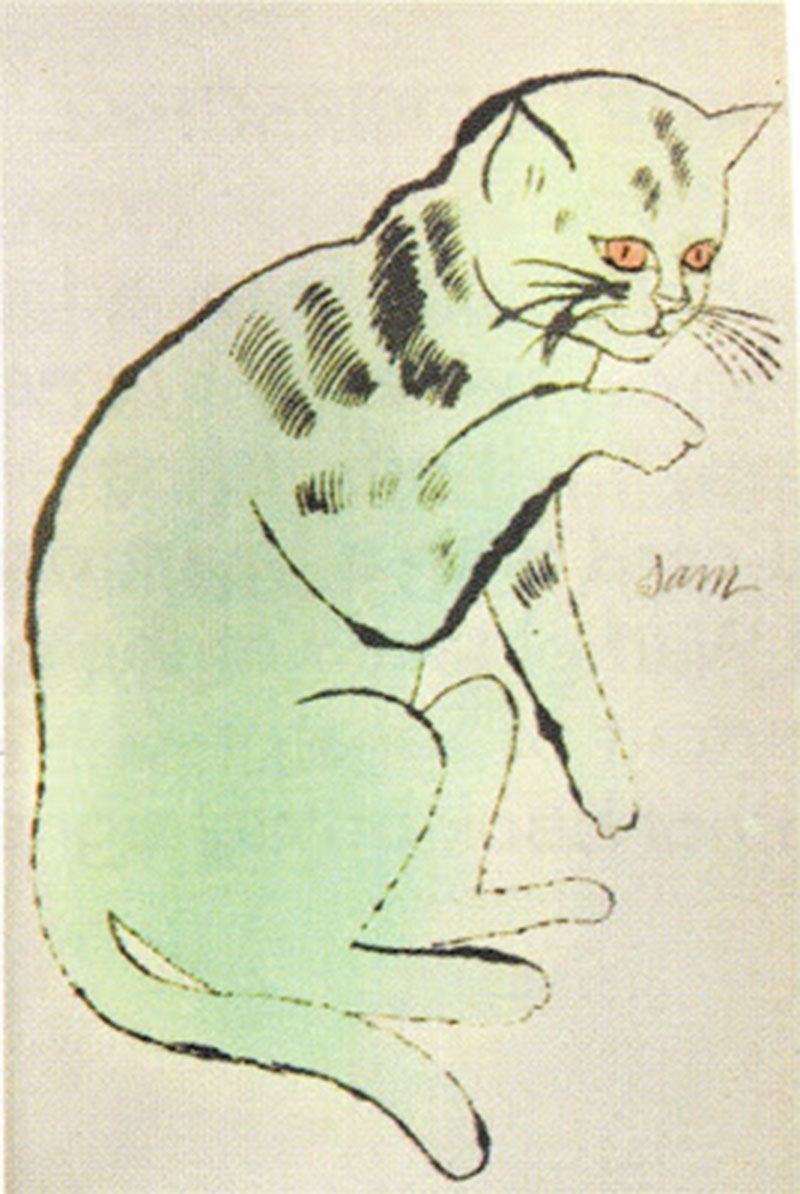 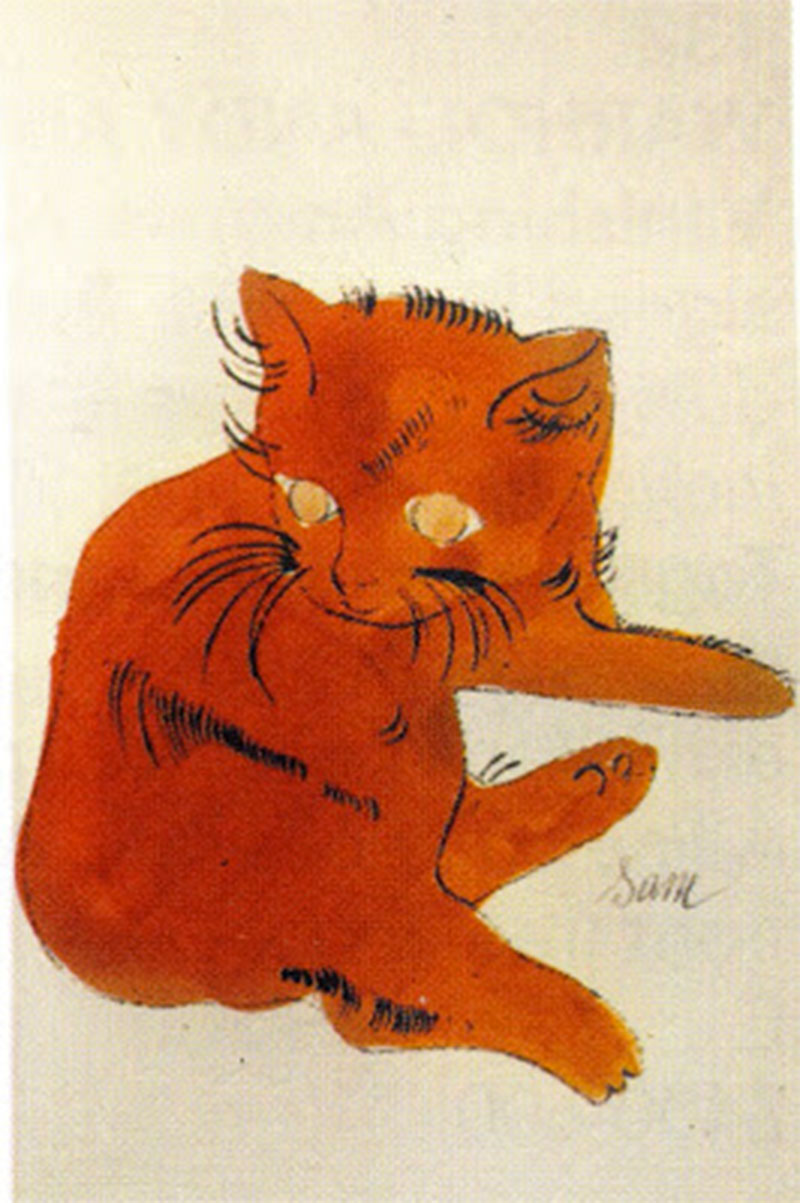 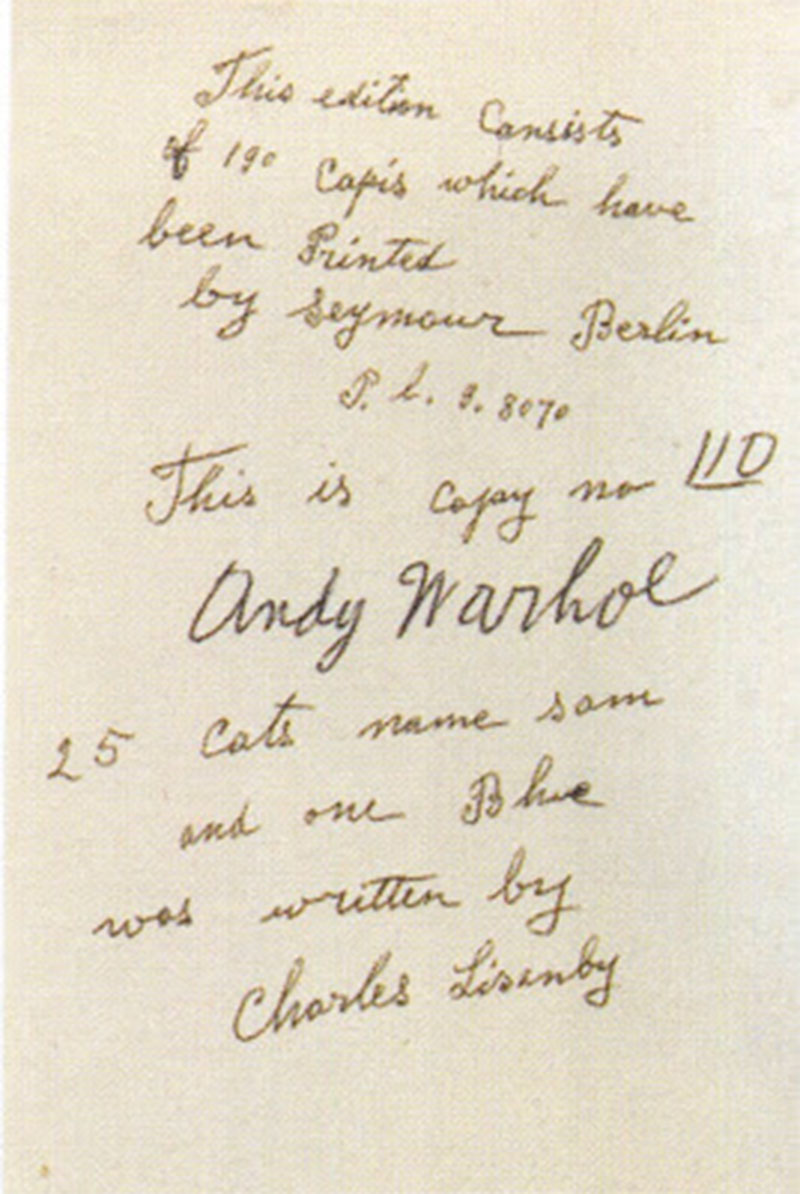