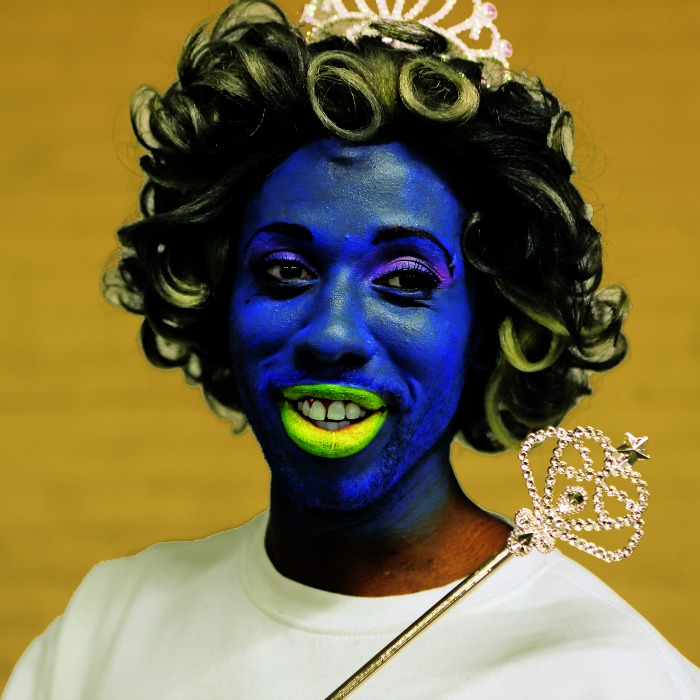 The first time I saw A Chorus Line (the 1985 film), I cried uncontrollably. The scene that tore me up came early on: one of the hopefuls had botched a dance sequence and the director yelled at her to get off the stage. She burst into tears, and so did I. I must have been 7 or 8 at the time, and I think the thing that pierced me, though I couldn’t articulate it then, was the vulnerability and desperation I saw in those performers: passion inseparable from fear, disappointment as a way of life, fate in someone else’s hands.

When it arrived on Broadway in 1975, A Chorus Line was embraced for validating and glorifying the experience of the musical theater gypsies it portrayed. In retrospect, it also seems a harbinger of where entertainment was headed — the commercialization of competition. It prophesized, or perhaps paved the way, for American Idol, So You Think You Can Dance, America’s Next Top Model, and RuPaul’s Drag Race.

Of course, you can draw a dotted line between that phenomenon and Andy Warhol as well — his star-making factory in which everyone could snatch a quarter hour in the spotlight. The shrewd choreographer Raja Feather Kelly did more than draw a line: In his show Andy Warhol’s 15 (Color Me, Warhol), running at Dixon Place in New York City through April 25, Kelly fashions something of a pop culture family tree, with Warhol and A Chorus Line as primogenitors.

Kelly has long been interested in the colorful space where dance and performance meets the mainstream. Much of his work has a sense of humor, and a tinge of sadness; it’s dead serious, with a wink. And he’s a compelling presence in his own right: tall, thin, with great legs that he shows off in high cut-offs paired with bold shirts and painted fingernails. When he says he’s obsessed with Andy Warhol, you believe him. He tells us that in his research, he discovered notes from Warhol that appear to be initial sketches for a revival of A Chorus Line — it didn’t get far because Warhol died in 1987 — so Kelly sought to imagine it. It’s hard to verify this, but even if the premise is an invented one, it’s brilliant.

There’s a good deal of chatting in Andy Warhol’s 15, like its source material. The dancers have to introduce themselves, after all. Throughout the show (which inches past two hours, no intermission, and amazingly you don’t really mind) the 11 performers step forward to offer a short bio: their name, age, height and a telling detail, like their astrological sign, or that they’re a power bottom. Throughout, they continue to reveal their personalities. Like in A Chorus Line and like on Drag Race, you start to pick your favorites.

The show takes a number of wacky turns: earnest letters to Miley Cyrus; silly, sexy reenactments of the Three Little Pigs and the Big Bad Wolf; silver lamé undies, and pizzas ordered and delivered mid-show for the audience. It’s all very unpredictable, but never chaotically improvised; there’s intentionality to the wildness.

The fervent and interspersed dancing is an ode to the jazz hands, tossed heads and thrusting hips of Michael Bennett’s original choreography for A Chorus Line, but there are nods to Pina Bausch and Merce Cunningham as well (Kelly situates Warhol’s influences in the modern dance pantheon). But enough with the fun — in real life, not everyone can make it: People get axed, and people axe themselves.

The dancers get cut in amusing parodies of SYTYCD, ANTM, and Drag Race, complete with 30-second dance solos, headshot selections and lip-syncing for their lives. As with all of these shows, you feel bad for the contestants here, even as you admire them. You relate to them, but you pity their humiliation; you root for them but you wonder who would choose such a degrading path? At the same time, you kinda want to be up there too, to tell your story so everyone knows who you are. Because even when you’re cut, Kelly reminds us, there’s fame in failure.

For most of the show, Kelly sits in the audience and occasionally directs his performers with a few quiet words. In that position, he calls to mind the director in A Chorus Line surveying the dancers. But he’s also Tyra with her glare, RuPaul with her tough love, and Andy singling out his next Superstar. In other words, he’s God. And with him there, looking down, each performer becomes just another hopeful trying to please, never knowing where she or he stands.

Again, I felt the sting of empathy that had slapped me as a boy. It seems that in trying to imagine Andy Warhol’s take on A Chorus Line, Raja Feather Kelly may have come pretty close to making it.