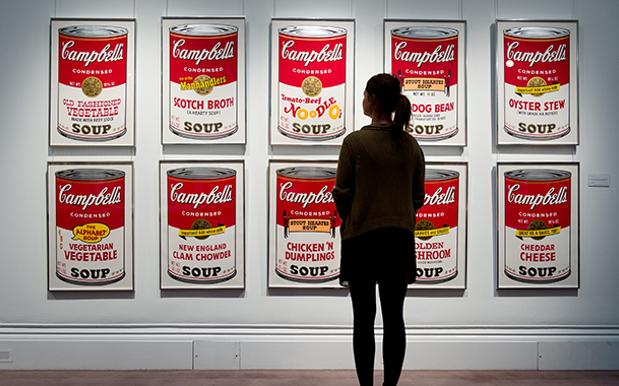 Possibly the most pre-eminent artist of the 20th century, Andy Warhol led a revolution of modern pop art and carved a legacy and reputation for himself that is unrivalled in art’s modern era.

Meanwhile, Chinese artist and activist Ai Weiwei is the embodiment of the future – the struggle and oppression of China’s torrid past, and the embracing of new media in art – boasting some 277,000 Twitter followers, and 108,000 on Instagram.
Both artists will be exhibited alongside each other in an upcoming exhibition curated by the National Gallery of Victoria, in collaboration with The Andy Warhol Museum in Warhol’s home city of Pittsburgh.
The dual exhibition will debut at the NGV in Melbourne this coming summer, running from the 11th of December, right up until the 24th of April in 2016.
Some of Warhol’s most revered works will be on display in the exhibit, including iconic images likeCampbell’s Soup Cans, Mao, Elvis and Three Marilyns. Whilst Ai’s work – largely inspired by Warhol, including the his 1987 Warhol self portrait imitation “At the Museum of Modern Art” – will be hung side-by-side.
The exhibit itself is set to be massive, including over 300 works, major new commissions, immersive installations, and a wide representation of paintings, sculpture, film, photography, publishing, and social media.
In addition, and because why the hell not, NGV Kids will be hosting a side-installation of the event that focuses exclusively on both artists common adoration of cats.