A lesser known fact about Andy Warhol is that over his successful four decade career as an artist he designed over 50 record covers for musicians ranging from Diana Ross to jazz pianist Count Basie. He started designing album art early in his career, when he was young and unknown and first moved to New York from Pittsburgh in 1949, and he continued designing covers throughout his career, until his death in 1987.

Here are six of Andy Warhol designed album covers that demonstrate his range and the emblematic styles of his career. All of these album covers and many more appear in The Complete Commissioned Record Covers by author Paul Maréchal, who dedicated his life to collecting Warhol’s printed works. Prestel releases an expanded and improved version the book in April of 2015. 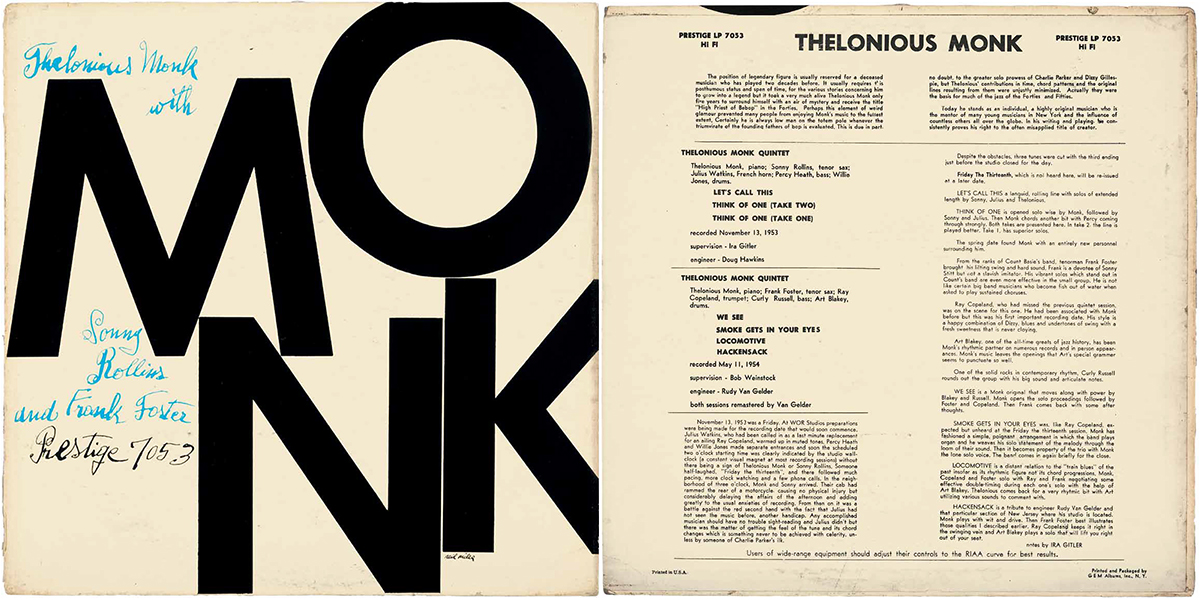 This record cover for jazz musician Thelonious Monk is one of Warhol’s early record covers. Although it was conceptualized by art director Reid Miles, and rendered by Warhol, the album’s interplay of hand written and printed text is in line with the pop legend’s fascination with the relationship between man and machine made objects. 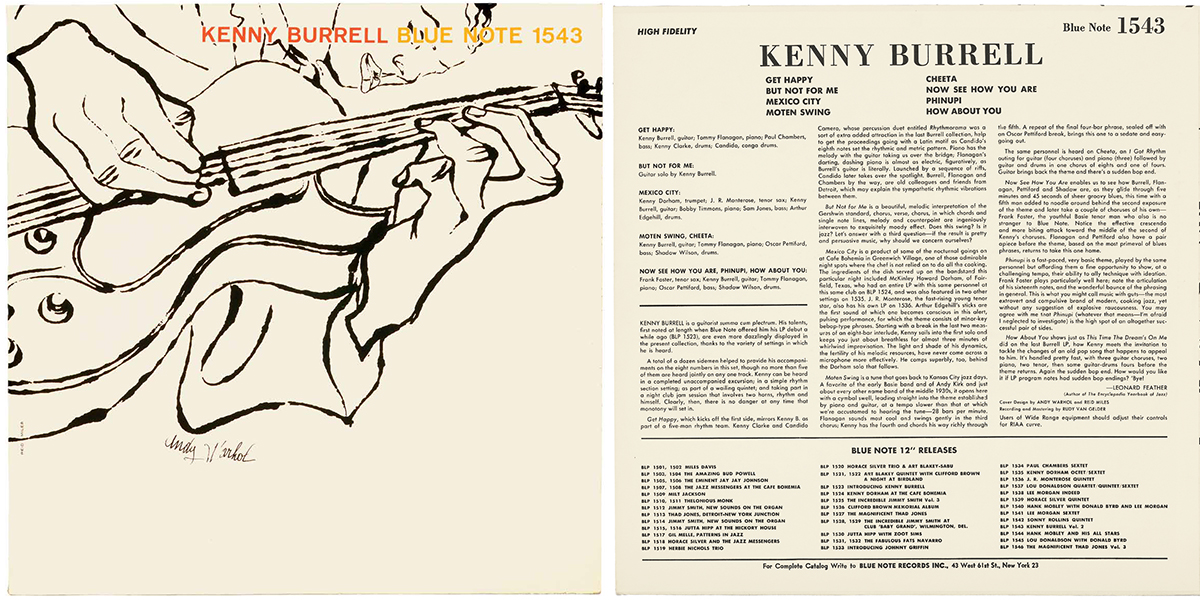 The expressiveness and clarity of the cover image reflects Warhol’s gift for illustration. The drawing is based on a photograph of the album’s subject, guitar maestro Kenny Burrell. Burrell is said to have been “very flattered that Warhol did the cover,” according to Maréchal’s book.

This Is the Other Side of John Wallowitch!!!, 1965, for Serenus Records 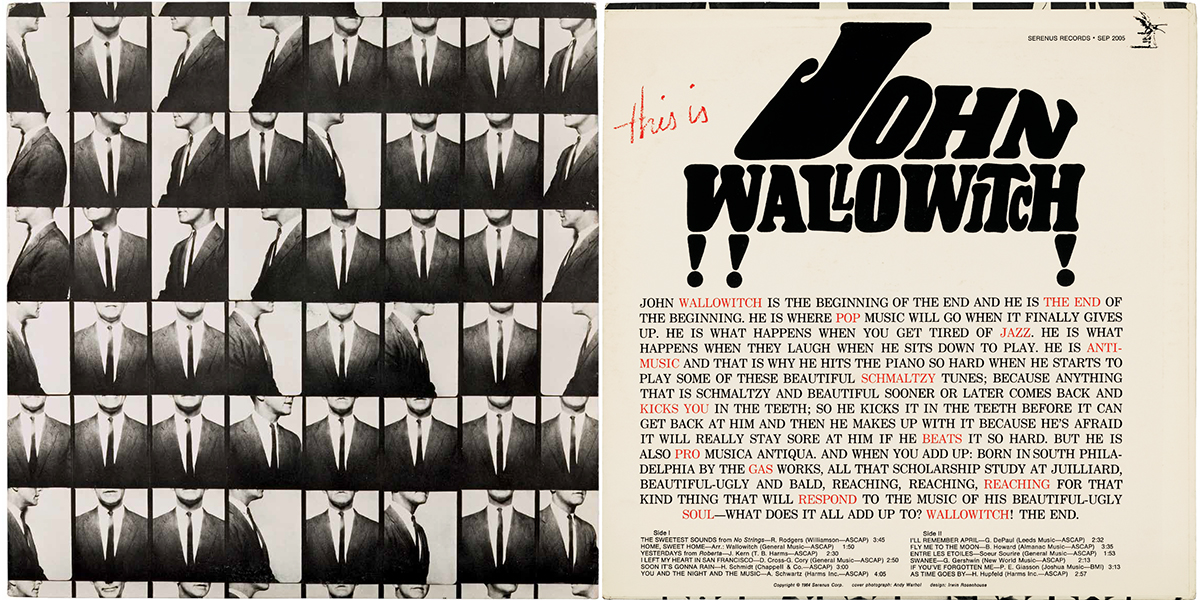 Warhol made the cover of this album for songwriter and cabaret star John Wallowitch using a photobooth technique that he was employing in his artwork at the time. The cover depicts 56 chin to waist photographs of Wallowitch in his stage outfit. The singer is brother of photographer Edward Wallowitch, who is widely believed to have been Warhol’s lover for a brief period of time. 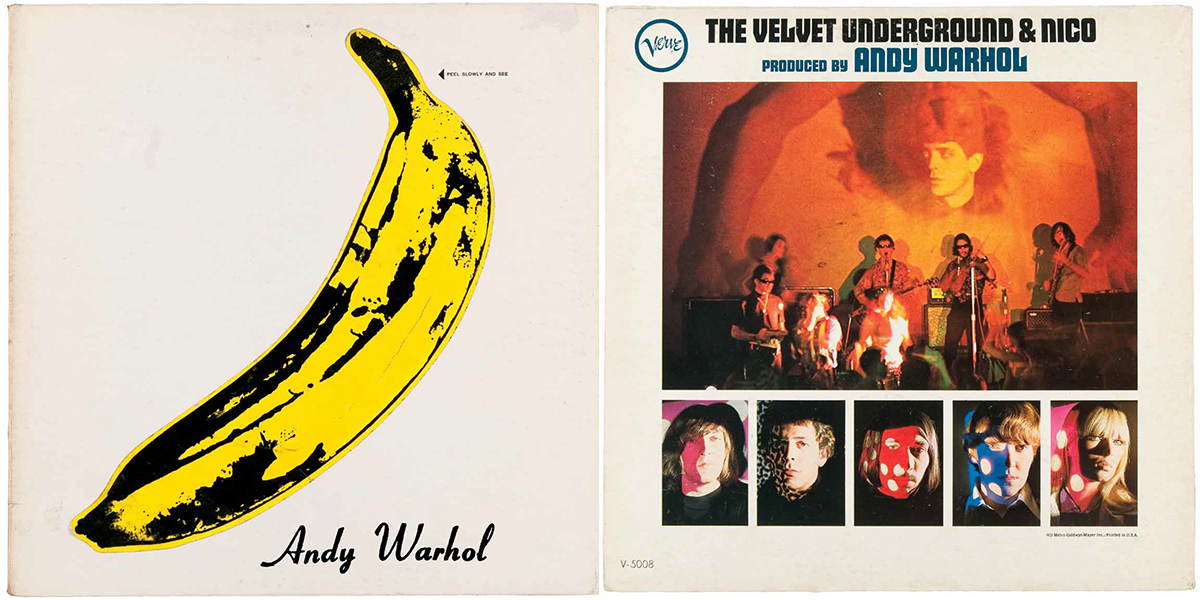 The Velvet Underground & Nico, the band’s debut album is known for its controversial song “Heroin,” for which the record was banned from many New York radio stations. When the album was released Warhol managed the band despite knowing very little about the music industry. This cover epitomizes Warhol’s interest in elevating simple objects into art, similar to his famous Campell Soup Can painting made in 1962.

This album was one of the most successful for rock legends The Rolling Stones. It was also one of Warhol’s most prevalent covers in the market. The artist designed the front and back of the sleeve based on Polaroids he took of the Stones attempting to devour each other. 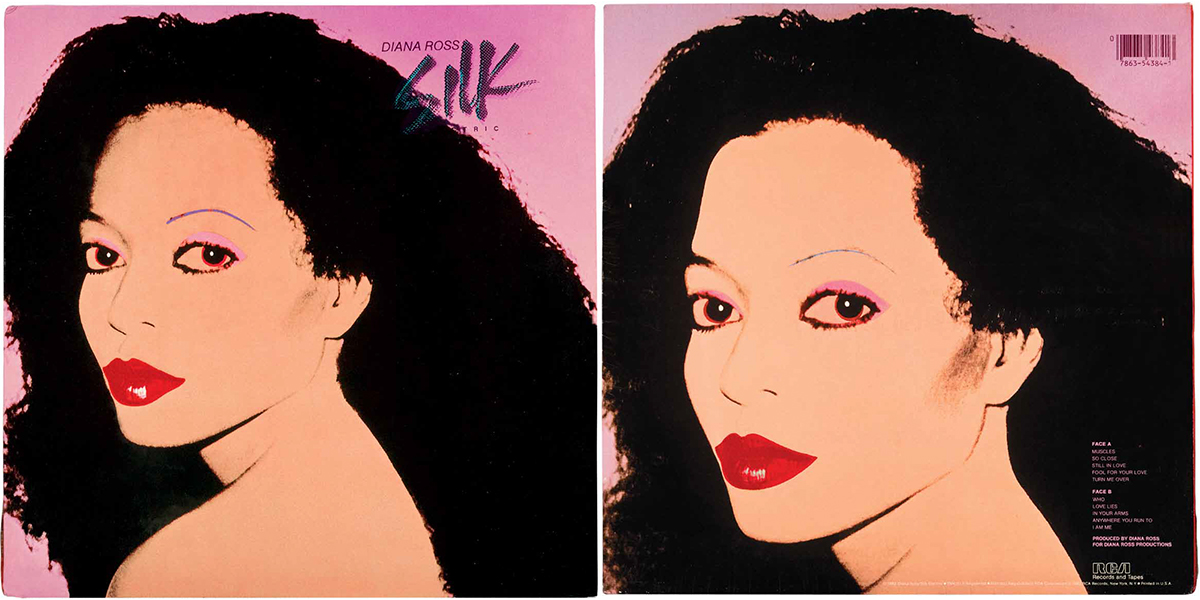 This mesmerizing image of Diana Ross is reminiscent of Warhol’s trademark silkscreens of other famous personalities including Marilyn Monroe. The cover was originally a silkscreen done from an image of Ross on a magazine cover. As in most of Warhol’s screenprints Ross’s complexion is desaturated while there is an emphases on her lips and hair.