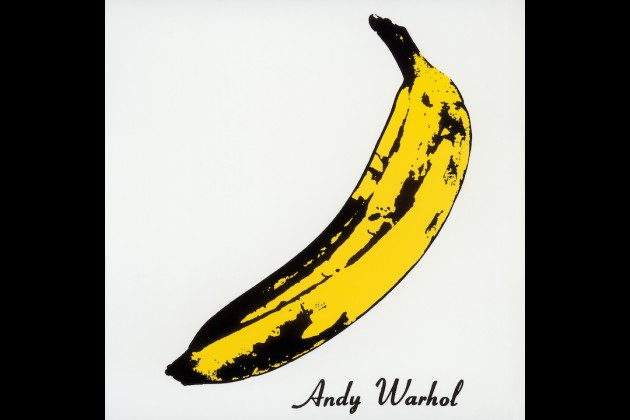 The legacy of New York City icons Lou Reed and Andy Warhol will be forever entwined. From the early days of the Velvet Underground through Warhol’s death in 1987, Reed and Warhol represented a certain part of culture in NYC better than almost anyone else.Their history ran deep, but it was still a surprise when Reed joined with fellow VU alumni John Cale to pay tribute to their fallen mentor with Songs for Drella, which was released on April 11, 1990.

“Drella” was the nickname given to Andy by actor and Warhol associate Ondine, and was a combination of Dracula and Cinderella, meant to portray the two sides of Warhol’s personality. After the Velvet Underground fell apart in early 1970, the paths of the various members would cross now and again, but it wasn’t until Songs for Drella that Reed and Cale were reunited for a full-length album.

The album attempts to cover the life of Warhol, and, thanks to the wonderful Cale and Reed songs, it succeeds. Songs For Drella is structured like a play.In fact, it was originally conceived as a theater piece. With each song representing a chapter in Andy’s life, the songs follow in order, each telling its own little tale very effectively.
“I hate being odd in a small town / If they stare, let them stare in New York City,” sings Reed on the album’s opener, “Small Town.” Sung in first person as Warhol, he adds, “I’m no Dali coming from Pittsburgh.” “Open House” follows Warhol as he begins his journey as an artist in the advertising industry. “I drew 550 shoes today / It almost made me faint,” shows the seeds being planted for Warhol’s revolutionary Pop Art style.

“Style It Takes” is a beautiful John Cale song. Accompanied by Reed on guitar, Cale provides a haunting backdrop with his viola. The lyric tracks Warhol through his Factory work, the soup can paintings and the dawn of his involvement with the Velvet Underground. In the song’s closing section, Cale recites a list of Warhol’s experimental films.
“Work” is a frantic Reed tune that is powered simply by his jagged guitar and Cale pounding out the rhythm on piano. In this song, Reed turns things around and sings from his own first person, talking about Warhol questioning him about his work ethic. “No matter what I did it never was enough / He said I was lazy / I said I was young,” sings Reed, continuing, “How many songs did you write – I’d written zero – I lied and said 10 / You won’t be young forever, you should have written 15 / It’s work!”

As the album continues, it’s a back and forth between Reed and Cale, with each one supplying part of the story set to their own unique musical style. The two parts compliment each other perfectly, making the entire concept that much more interesting and successful. An entire album of Reed songs about Warhol might have worn thin, but by teaming up with Cale, it worked magically.

There are no other musicians on the album, just Lou and his guitar and John on keyboards and viola, with both doing vocals. “I was really excited by the amount of power just two people could do without needing drums,” Cale told Musician magazine in 1990. “When we started work I was always, in the back of my mind, wondering, ‘Where the hell does the backbeat go?’ And by the time we finished it I was saying, ‘Thank God we don’t have one!’”

Of all the tracks, “Images” recalls elements of the Velvet Underground most of all, with Cale’s saw-like viola riding atop Reed’s distorted, manic guitar riffing. “I Believe” covers the 1968 shooting of Warhol by radical feminist writer Valerie Solans at the Factory. Thiough he survived, he was never the same again, according to his friends. The album ends with “Hello It’s Me,” in which Reed says goodbye to Warhol, making one of the album’s most poignant moments, especially as he speaks the final line of, “Goodbye Andy.”

There are some genuinely beautiful songs here that pay a wonderful tribute to their ally and friend. “Some of the things that apply to Andy apply to all of us. There are things that I think are very universal,” Reed told Musician. “Some of the situations he found himself in were analogous to situations everyone finds themselves in.”
Reed and Cale originally performed Songs for Drella live at the Church of St. Anne’s in Brooklyn in January 1989, but it would be another year before it was recorded and released. During that time, Reed was enjoying his biggest success in years with the New York album. Songs for Drella would eventually lead to a brief Velvet Underground reunion tour of Europe in 1993, but tensions between Cale and Reed returned, and nothing more came of it.